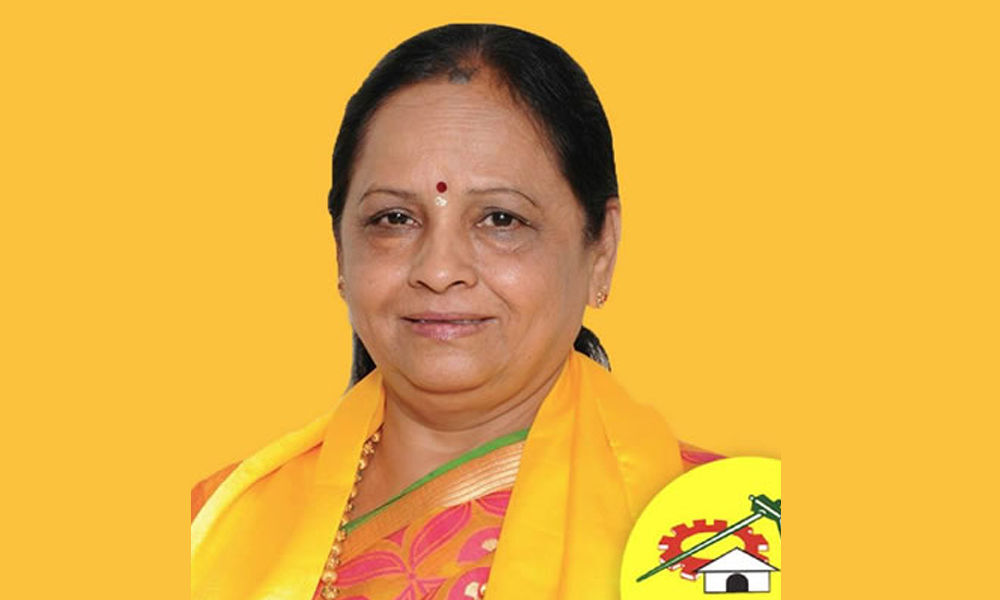 Rumours went round in the city that Suguna may not get the chance again to contest in the 2019 election in view of the growing discontentment in the city TDP against her and also because of her lacklustre performance. But, Chandrababu, who is well aware of the prevailing political situation as a native of the city, after careful consideration finally went in favour of sitting MLA Suguna, ignoring the dissidents, who in fact stepped up their efforts in the last one week against Suguna and also conveyed to the party high command that they are ready to work for any one the party decides except Suguna.

Sources said that Naidu decided to give ticket Suguna not on one factor of she belongs to the predominant Balija community but on many counts. The confidential reports and different surveys held discreetly by the party high command coupled with local party activists and majority leaders, opinion went in favour of Suguna helping her getting the ticket again.

It may be noted that it is the first time TDP giving second chance to its candidate to contest for Tirupati Assembly, after its formation. Interestingly, Suguna was all along been confident of getting a ticket again based on her performance. Suguna registered an emphatic win in the by-election (caused by the death of her husband M Venkataramana) held in February 2015 by winning with a huge margin of 1.16 lakh votes over her Congress rival, who lost deposit.

Meanwhile, Industries Minister N Amaranatha Reddy held a meeting with dissidents here today seeking them to set aside their differences with Suguna in the interests of the party and work for party win in the ensuing election.

Party sources said that the Minister succeeded in bringing a truce between Suguna and her rivals, who assured the Minister that they would work with Suguna to see the party win with a thumping majority in Tirupati Assembly.