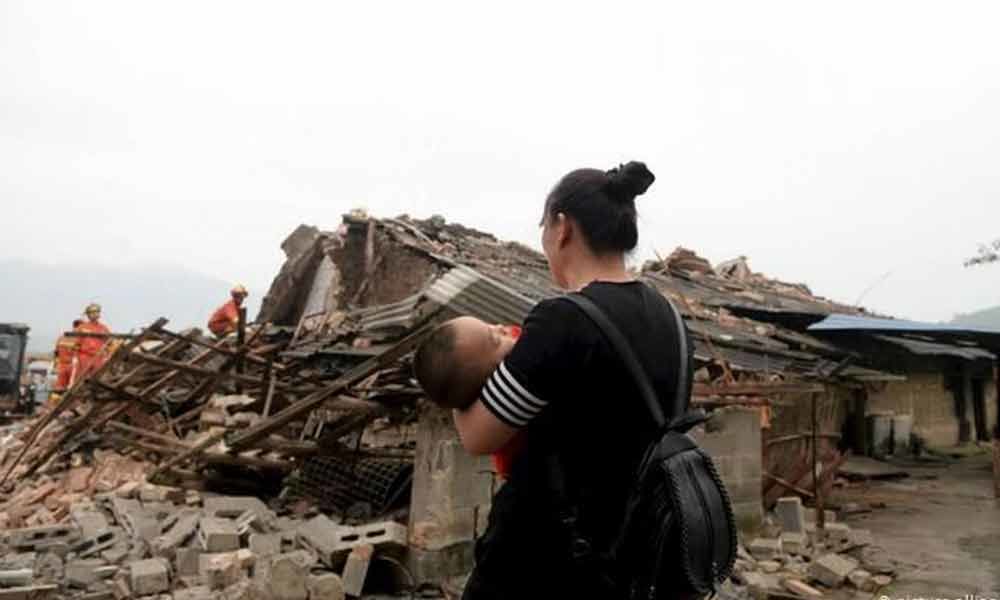 The death toll from two strong earthquakes in China rose to at least 12 on Tuesday with more than 130 people injured as rescuers pulled seven survivors from collapsed buildings.

Beijing: The death toll from two strong earthquakes in China rose to at least 12 on Tuesday with more than 130 people injured as rescuers pulled seven survivors from collapsed buildings.

The quakes, roughly 30 minutes apart, hit the southwestern province of Sichuan late on Monday, with tremors sending people rushing onto the streets in key regional cities including the provincial capital, Chengdu, and the metropolis of Chongqing.

State media outlets posted images of cracks in some buildings caused by the quakes on their social media accounts. Rescuers pulled some people out of the rubble alive near the epicentre - in a largely rural area outside the city of Yibin - state television added.

A magnitude 5.9 quake was followed by a smaller, magnitude 5.2 one, both at a depth of 10km and centred near Changning county, the US Geological Survey said.

There were several aftershocks, the China Earthquake Administration said.

In May 2008, Sichuan suffered a huge earthquake that killed almost 70,000 people.

An early-warning alarm system was triggered in the provincial capital Chengdu about one minute before the earthquake struck on Monday, state news agency Xinhua said. The alert rang 10 seconds before the quake hit Yibin.

A three-second headstart before an earthquake strikes can prevent 14 percent of casualties, it said.

Nine people died in Changning county and three others in Qixian county, the Yibin city government said on its social media account.

Xinhua said more than 50 people were being treated in two hospitals.

Over 500 firefighters were dispatched to the scene. Rescue personnel were also sent with 5,000 tents, 10,000 folding cots, and other emergency supplies, Xinhua reported.