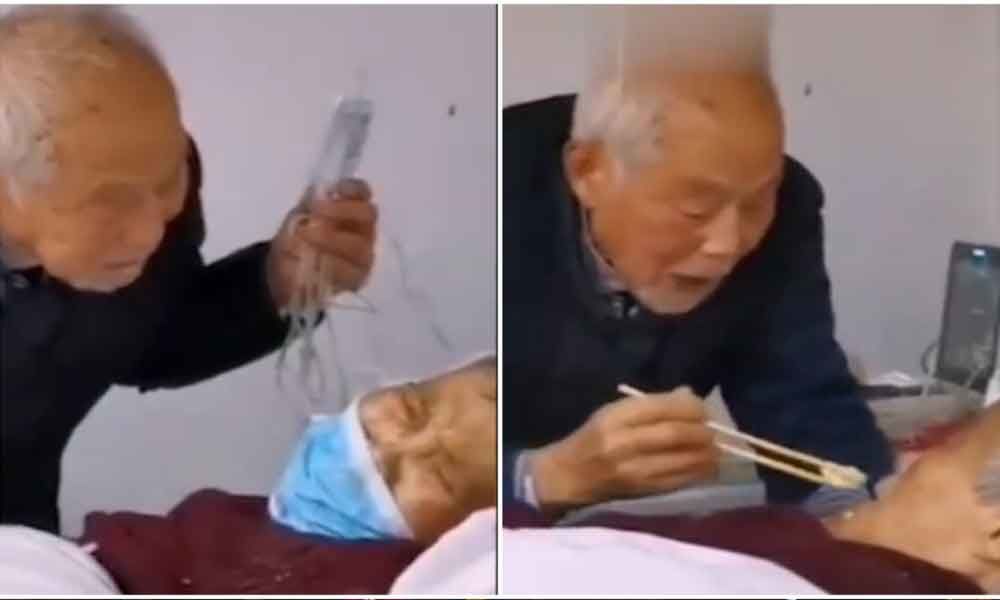 Video went viral and the man can be seen holding infusion bottle and feeding his wife. However, the man himself was diagnosed with coronavirus.

A video went viral over social media and won netizens heart. A 87-year-old man can be seen in the video while holding a infusion bottle and feeding food to his coronavirus-infected wife.

However, the man was himself affected with the virus, which has claimed lives of hundreds of people. And the man was also lodged in another ward of the same hospital.

The video is a short clip of 18-seconds only and it has been shared by People's Daily on February 12. The video has left netizens heartbroken as it's very emotional to watch the video.

The video was uploaded on microblogging site Twitter and it has garnered 2.9K likes and 669 retweets, apart from many comments.

To respond to the post, many netizens prayed for their speedy recovery.

Many Twitter users wished for this couple's love to be everlasting while some of them also wrote that the post left them teary-eyed.

Some users can also be seen asking China to remain strong in these troubling times, when it is grappling with coronavirus.

For people who don't know that Coronavirus believed to be originated from a market in China's Wuhan.

Meanwhile it has claimed over 1,300 lives across the country with almost 60,000 infected from the deadly virus.

On January 31, World Health Organization (WHO) has declared coronavirus a global emergency, amid the growing cases of the virus.

The virus has spread to more than 20 countries across the world.

Recently, India has also confirmed three cases of coronavirus with all the cases being reported from Kerala, according to reports.

Gadwal: Case booked against 3 for obstructing Asha workers from...