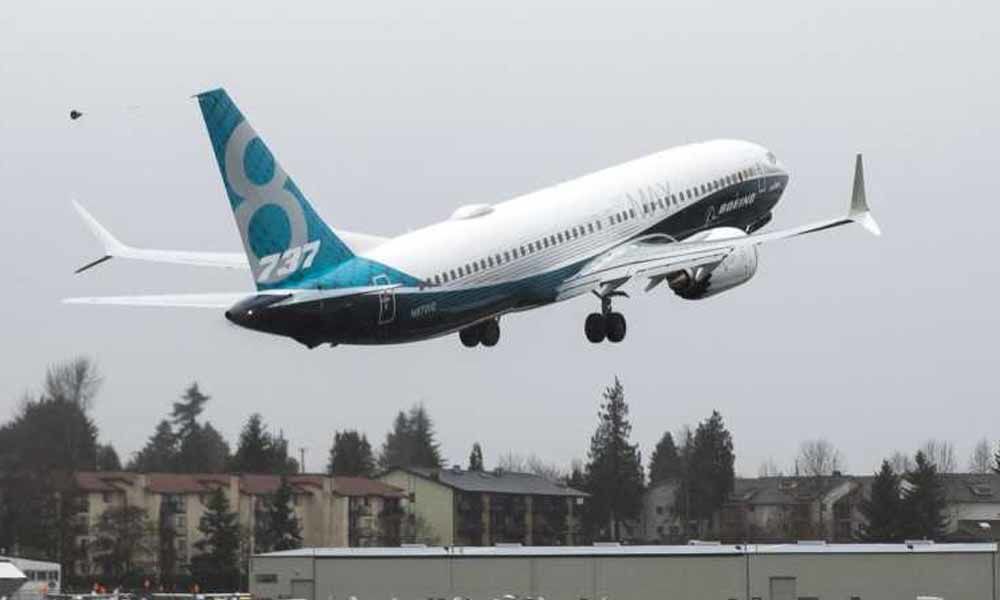 The companies said they had signed a letter of intent for the purchase, the first since the 737 MAXs were grounded in March after two of them crashed within six months of each other, killing 346 peopl

LE BOURGET: US aircraft giant Boeing got a welcome vote of confidence in its beleaguered 737 MAX plane on Tuesday when International Airlines Group, owner of British Airways, said it wanted to buy 200 of the planes.

The companies said they had signed a letter of intent for the purchase, the first since the 737 MAXs were grounded in March after two of them crashed within six months of each other, killing 346 people.

At list prices the order would be worth $24 billion, but IAG, whose airlines also include Iberia, Vueling and Aer Lingus, noted that it had negotiated "a substantial discount."

It was a coup for Boeing since up to now IAG has been a longtime client of Airbus for its single-aisle jets, used on some of its most popular routes.

"We have every confidence in Boeing and expect that the aircraft will make a successful return to service in the coming months having received approval from the regulators," IAG's chief Willie Walsh said in a statement.

Walsh isn't a stranger to Boeing, however, having started his career as a pilot flying 737-200s, the precursor to the MAX.

The deal came as a surprise to aviation executives at the Paris Air Show this week, where many firms are still reeling from the industry-wide fallout of the accidents.

Boeing is battling to regain the trust of passengers, pilots and regulators after a 737 operated by Indonesia's Lion Air crashed last October, followed by an Ethiopian Airlines jet in March.

Executives apologised again as the air show opened Monday for its handling of the disasters, vowing a thorough review of its production processes as it seeks a fix for the anti-stall system suspected of causing the crashes.

"Our priority is doing everything to get this plane safely returned to service.

It is a pivotal moment for all of us," Boeing's head of commercial aircraft Kevin McAllister said at the Paris Air Show on Monday.

Boeing officials have faced a barrage of questions over the 737 MAX disasters, thought to be caused by a faulty MCAS anti-stall system.

Critics accuse Boeing of failing to sufficiently test a system that used just one sensor to determine if the 737 was at risk of stalling, and of failing to adequately inform and train pilots.

The company has promised a software fix that will now include two sensors, though some regulators may require the company to provide three, to avoid any uncertainty in case of divergent readings.

"We are very confident that the three layers of protection we are planning with the software update will prevent anything like this happening again," McAllister said.

Yet it remains unclear when the 737 MAX will fly again, with Alexandre de Juniac, director general of the International Air Transport Association (IATA), warning that certification might not come before August.