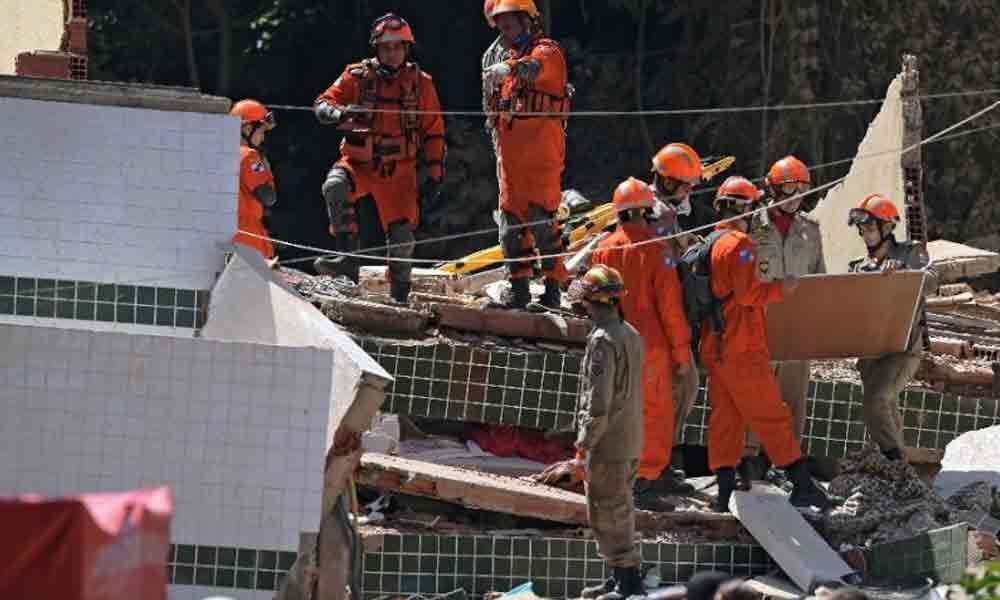 The death toll from the collapse of two buildings in Rio de Janeiro more than a week ago has reached 24, Brazilian officials said.

Rio De Janeiro: The death toll from the collapse of two buildings in Rio de Janeiro more than a week ago has reached 24, Brazilian officials said.

A woman injured in the April 12 disaster died in the medical facility where she was being treated, a spokeswoman for the Unimed-Rio Hospital said on Monday, a day after rescuers ended a search for survivors. The latest toll is an increase from 15 given by officials on April 16, when nine people were still listed as missing. Several others were hurt when the adjacent apartment buildings in the hillside neighborhood of Muzema buckled, days after torrential rain wreaked havoc in the city.

Police are searching for three people suspected of building or selling apartments in the structures. Many of the cheaply made apartment towers in Muzema favela were erected without permission from city planning authorities.

Like many poor neighborhoods in Rio de Janeiro, Muzema is run by shadowy militias that use violence to enforce their rule. They sell land rights and control access to city services such as water and electricity. Authorities have pledged to demolish some of the surrounding buildings in Muzema to prevent further collapses.