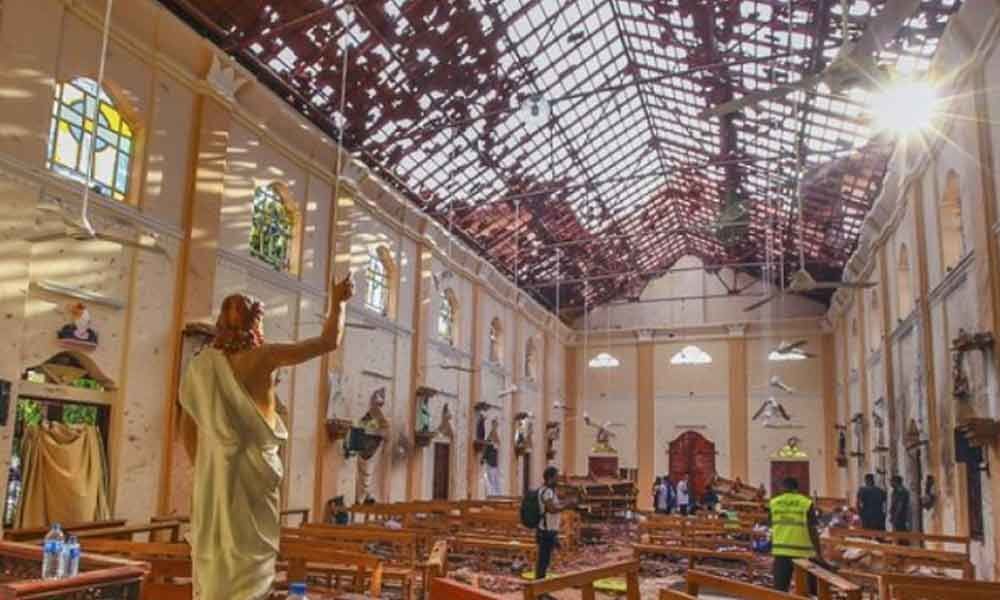 The ISIS terror group claimed the attacks, but the government blamed the local terror group NTJ for the bombings.

Colombo: Sri Lankan authorities have confirmed through DNA tests that one of the two suicide bombers who died in the Shangri-La Hotel bombing during Easter Sunday attacks was Zahran Cassim, the leader of the local terror group National Thawheed Jammath (NTJ).

Zahran, the mastermind behind the Easter blasts, led the attack on the Shangri-La hotel and was accompanied by a second bomber identified as Ilham Ahmed Ibrahim. He was killed inside the luxury hotel where he blew himself up.

A senior analyst at the Government Analyst's Department said that the DNA tests done using the blood samples of Zahran's wife, his daughter and a brother have proved that he died in the suicide attack on Shangri-La Hotel.

Nine suicide bombers carried out a series of devastating blasts that tore through three churches and as many luxury hotels on April 21, killing more than 250 people and injuring 500 others.

The ISIS terror group claimed the attacks, but the government blamed the local terror group NTJ for the bombings. The victims included over 40 foreigners, 10 of whom were Indians.

Zahran was one of the two suicide bombers at the Shangri-La Hotel where 36 people including 12 foreigners died.

The hotel's CCTV footage showed the two bombers with heavy back packs arriving at the hotel's restaurant on the third floor.

Zahran's wife and the four-year-old daughter survived the suicide bombings carried out five days after the Easter Sunday at a terror group hideout.

Some 15 people, including Zahran's father and two brothers, were killed at an eastern province hideout of the NTJ terror group.

They exploded bombs after an exchange of gun fire with the troops during a raid of the safehouse on a tip off.

Zahran's wife and daughter were pulled out of the blasted house with burn injuries by the troops the following morning.

The analysts' report was to be presented to the police's crime investigations department on Tuesday.

The department is scheduled to hand over the finalised reports regarding the attacks on Cinnamon Grand, Shangri-La, Zion Church in Batticaloa and Dehiwala Tropical Inn, to the CID.

The suicide bombers of the other churches such as Kochchikade and Katuwapitiya have also been identified.