Donald Trump nominates Mark Esper as next Secretary of Defence 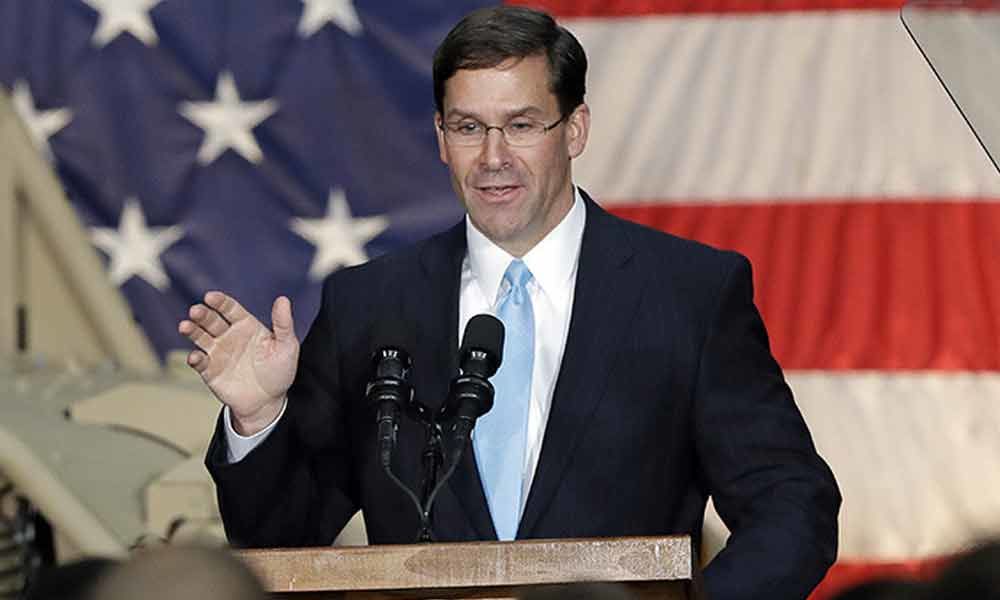 Washington: US President Donald Trump on Friday nominated Mark Esper to be the next defence secretary after Patrick Shanahan abruptly withdrew from the confirmation process earlier this week.

Esper will be taking over the as the Acting Secretary of Defence on Sunday, according to The New York Times.

Shanahan resigned from his post as the Acting Secretary of Defence earlier this week after reports revealing his son's violent behaviour towards his mother in 2011 emerged.

The official's son had reportedly attacked his mother with a baseball bat around eight years ago, following which Shanahan had allegedly penned a memo arguing that the 17-year-old had acted in self-defence.

In a statement, Shanahan on Tuesday confirmed that he was withdrawing from confirmation as the next defence secretary due to a "deeply personal family situation from long ago."

"After having been confirmed for Deputy Secretary less than two years ago, it is unfortunate that a painful and deeply personal family situation from long ago is being dredged up and painted in an incomplete and therefore misleading way in the course of this process," he said in the statement.

"I believe my continuing in the confirmation process would force my three children to relive a traumatic chapter in our family's life and reopen wounds we have worked years to heal. Ultimately, their safety and well-being is my highest priority," he lastly added.