In Pakistan, voices critical of CPEC being suppressed, US lawmakers told 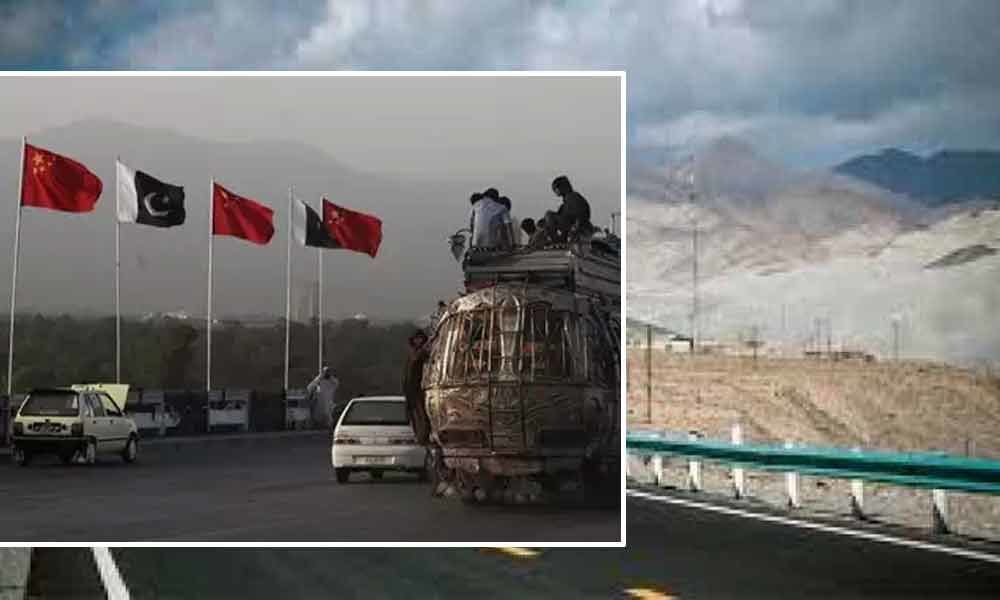 WASHINGTON: People and the media in Pakistan are "scared" of speaking against the multi-billion-dollar China-Pakistan Economic Corridor (CPEC) as those critical of it are being suppressed, treated as anti-national or branded as terrorists, a former official in the Obama administration has told US lawmakers.

The USD 60 billion CPEC, which connects Gwadar Port in Pakistan's Balochistan with China's Xinjiang province, is the flagship project of the multi-million dollar Border and Road Initiative (BRI) launched by Chinese President Xi Jinping when he came to power in 2013.

It aims to link Southeast Asia, Central Asia, the Gulf region, Africa and Europe with a network of land and sea routes.

Testifying before a Congressional committee, Shamila Chaudhary from the Johns Hopkins University School for Advanced International Studies, told the lawmakers last week that at the very local level, people who criticise the CPEC are often labelled as terrorists.

"Rarely will you read an article that's critical about CPEC in the Pakistani media. Very rarely. There's been a media capture essentially and there's only the CPEC narrative because people are scared or they've been intimidated or threatened not to do certain pieces," Chaudhary said.

"There are anti-terrorism laws that can be used against them. Worse things could possibly happen. So it's a very real threat," she said.

"It has already done a lot of damage to the civil society and the democratic culture that's fairly vibrant, despite their country's history with democracy," she added.

Responding to questions from the lawmakers about the Chinese model of development, Chaudhary said unlike America's soft power, it does not increase people-to-people relationship.

"The Chinese don't have that and the Chinese nationals that are going to, say, Pakistan, for example, they're not there to become part of the culture or learn about the communities or have cross-cultural dialogue," she said.

Chinese are in Pakistan to make money, she alleged.

"They live in enclaves and essentially what people call Chinese colonies and go to their own restaurants. And that's not something that's going to favour China, Pakistan or China's cooperation with any country for that matter over the long run. Local communities will be very upset by those things, I believe," Chaudhary said.

Informing the lawmakers that the Chinese financial assistance to Pakistan is being kept secret, she said the information now has been shared by Pakistan with the International Monetary Fund (IMF) so that it can be bailed out of the current financial crisis.

"The deal (with IMF) is almost complete and it's my understanding that information has actually been shared, and so, you know, what Pakistan won't share publicly as part of a bilateral deal with the Chinese, I think it's more willing to share when it needs it," Chaudhary said.

The CPEC, she said, hurts US regional interests by disrupting the fragile India-Pakistan ties, a nuclear-fuelled dynamic that demands US stewardship from time to time during times of crisis.

"China's provision of surveillance, data collection capabilities and new hardware to the Pakistani military may seem like it improves security, but such tools also increase the likelihood of invasive data collection, misuse of information and violations of privacy," she said.

"The notion that the Pakistani military might start to mimic Chinese authoritarianism is no longer theoretical. Pakistani civil society and media report more aggressive tactics by the military to silence critical voices. They share a common refrain, that the military is more powerful than ever and that's because of China," Chaudhary said.

She told the lawmakers that in Pakistan, Chinese influence stands alone, changing the rules of the game for everyone else.

For example, Pakistan no longer publicly discloses the terms of its loans from China. Indeed, the CPEC pretends immense geo-economic and geopolitical advantages for China in Pakistan, but its repercussions will dwarf any comparable American influence, she said.

To protect US geopolitical options in the future, the US should support the Pakistani and regional actors most threatened by Chinese influence. Ultimately, countering China's rise will require the US to create policies that both address and benefit from the needs of other countries, Chaudhary said.