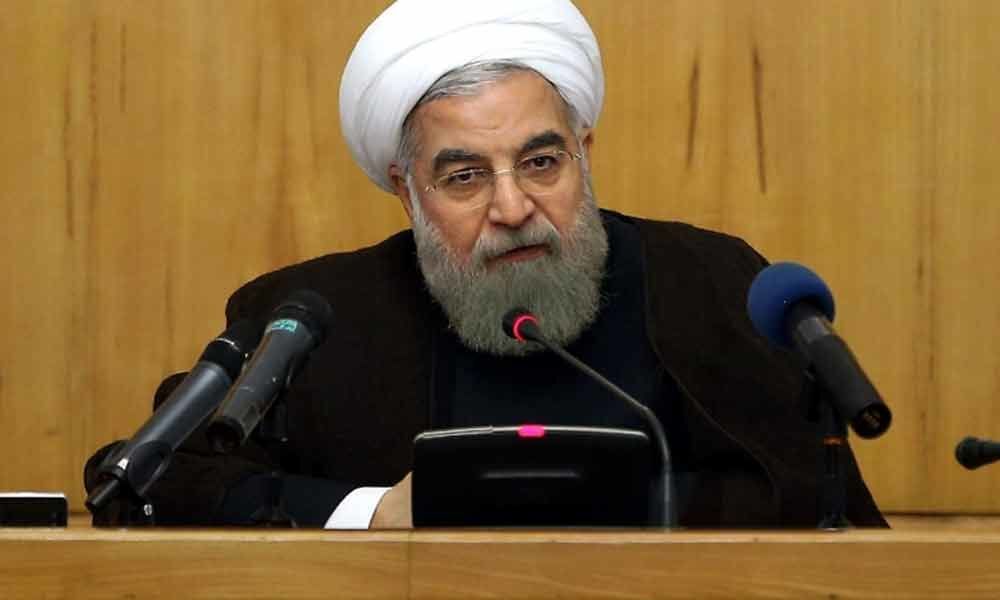 Iran's President Hassan Rouhani was speaking after US announced it was designating Zarif under sanctions that would freeze any of his assets.

TEHRAN: Iran's President Hassan Rouhani said Thursday that a US decision to impose sanctions on Mohammad Javad Zarif showed Washington is afraid of the top diplomat.

"They are afraid of our foreign minister's interviews," Rouhani said in a televised speech, referring to a recent round of interviews Zarif gave to foreign media in New York.

"It is completely clear that the foundations of the White House have been shaken by the words and logic of an informed, devoted and diplomatic individual," he said.

"They are doing childish things now. Maybe there's no better way to describe (the sanctions) but childish," Rouhani said on a visit to the northwestern city of Tabriz.

"Our enemies are so helpless that they have lost the ability to act and think wisely."

Rouhani was speaking after Washington announced it was designating Zarif under sanctions that would freeze any of his assets.

"Zarif implements the reckless agenda of Iran's supreme leader (Ayatollah Ali Khamenei), and is the regime's primary spokesperson around the world," Treasury Secretary Steven Mnuchin said in a statement.

"The United States is sending a clear message to the Iranian regime that its recent behaviour is completely unacceptable."