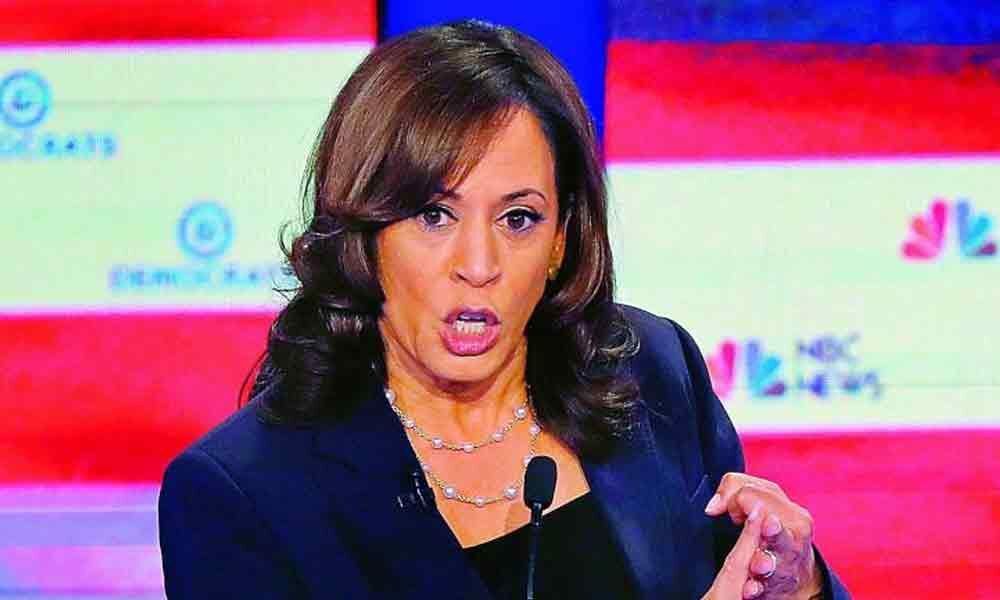 Harris has been widely praised for her move highlighting Biden's opposition to public school busing during the 1970s.

Osaka: President Donald Trump is weighing in on Thursday evening's Democratic presidential debate and arguing that California Sen. Kamala Harris has gotten too much credit for a blistering attack on former Vice President Joe Biden.

Trump is offering his assessment during a press conference marking the end of the Group of 20 summit in Osaka, Japan.

Harris has been widely praised for her move highlighting Biden's opposition to public school busing during the 1970s. But Trump says he thinks she "was given far too much credit for what she did" and says her answer came "right out of a box." Trump also says Biden was no Winston Churchill a reference to the great orator but argued his performance wasn't that bad.

Trump is also threatening, without evidence, that the markets will crash if a Democrat beats him.

Harris made a splash with her well-received presidential campaign rollout in January, only to see her candidate-of-the-month status deflate as she struggled for a breakout moment on the trail.

Thanks to a rock-solid performance Thursday in the first Democratic debate of the 2020 cycle, the US senator from California has now catapulted back into the top tier. Her suddenly viable candidacy is noteworthy in the era of Donald Trump: as a black American daughter of immigrants, Harris may well be the American dream incarnate, mounting a challenge to a president whom many Democrats denounce as the nation's divider in chief.