NZ: Search for two missing in volcano eruption called off 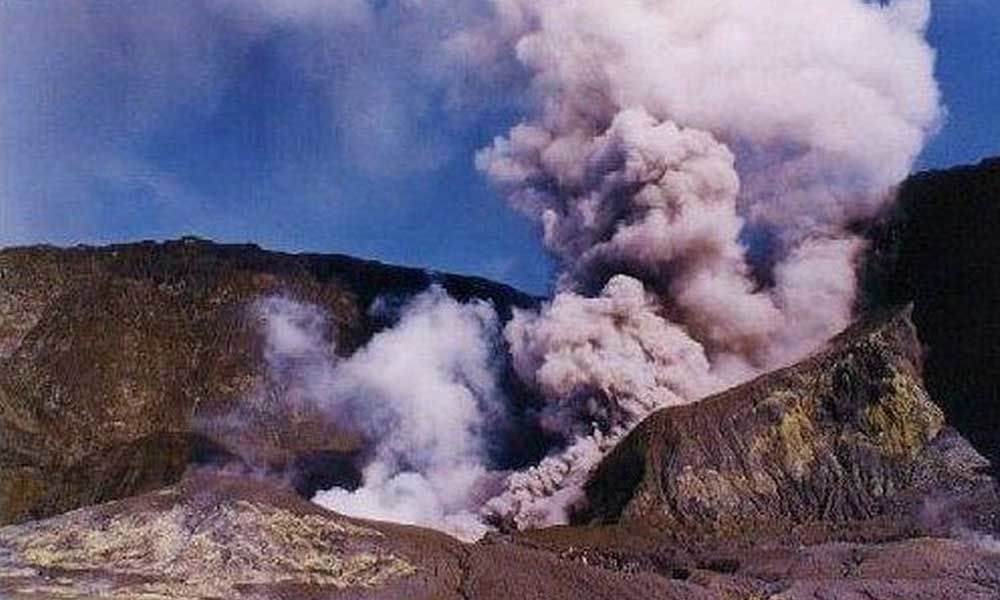 New Zealand authorities have announced the suspension of search operations for two people who remain missing following the recent eruption of White...

Sydney: New Zealand authorities have announced the suspension of search operations for two people who remain missing following the recent eruption of White Island volcano, offshore in the northeast of the country.

"This decision follows the extensive shoreline and substantial aerial searches from east of White Island to the north of Cape Runaway (the northeastern tip of the country's North Island)," Bay of Plenty Police District Commander, Superintendent Andy McGregor, said in a statement on Tuesday.

"Sadly no further items of significance have been located," he said.

The families of missing New Zealand tour guide Hayden Marshall-Inman, 40, and Australian Winona Langford, 17, have been informed, and Police remain ready to respond to any new information, Efe news reported.

Last Wednesday, police said they were scaling back the search for the pair, presumed dead and missing in the waters around the island, with operations to locate the bodies handed to local authorities.

Marshall-Inman and Langford have not been included in the official death toll, which rose to 17 Monday after one of the 14 people admitted to health centres ' most of them in critical condition ' died in Auckland's Middlemore Hospital.

Around another dozen people have been transferred to hospitals in Australia.

In total, 47 people - 24 Australians, nine Americans, five New Zealanders, four Germans, two Britons, two Chinese and a Malaysian citizen - were on the island when the volcano erupted on December 9.

The New Zealand authorities have opened two investigations into the incident.

The 321-meter-high, privately-owned Whakaar, 70 per cent of which is below sea level, is one of New Zealand's most active volcanoes and a popular tourist attraction.

Located at the southeastern end of the Ring of Fire, Whakaari last erupted in 2016 without causing fatalities.

The deadliest incident at the site occurred in 1914 when 10 miners died as a result of a landslide caused by the collapse of part of the volcano's crater.