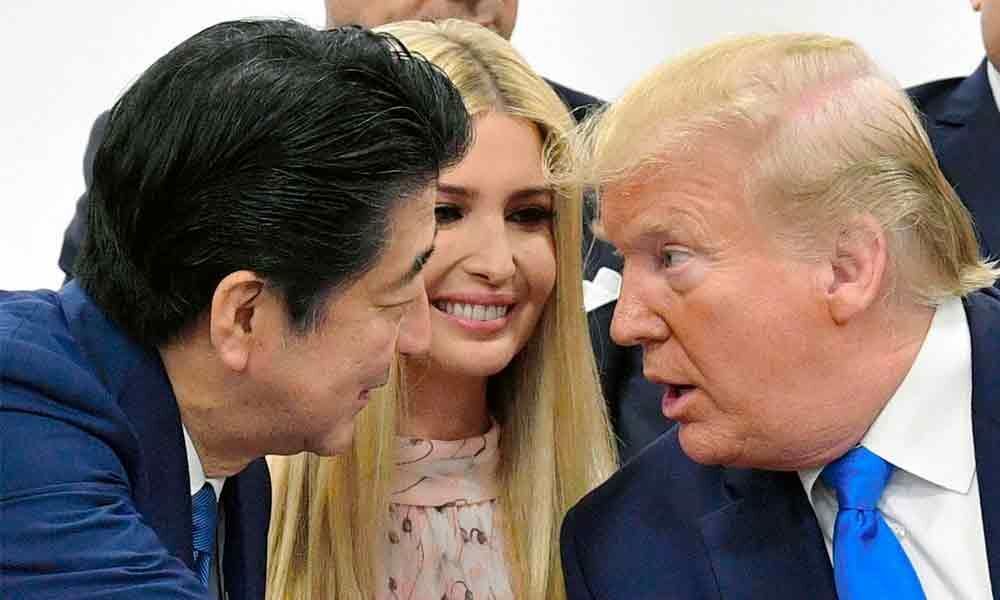 Osaka: US President Donald Trump said on Saturday that he was ready for a "historic" deal with China as he kicked off a hotly awaited meeting with China's Xi Jinping, with the world watching to see if they can strike a deal over their long-running trade war.

After a first day dominated by public shows of bonhomie, all eyes at the G20 turned to a pivotal showdown between the two rivals that has huge implications for the global economy.

The meeting kicked off in a positive tone, with Trump saying: "It would be historic if we could do a fair-trade deal... We are totally open to it."

For his part, Xi said that "dialogue" was better than confrontation after both sides had slapped tit-for-tat tariffs on each other's goods.

Even before Donald Trump sat down with his Chinese counterpart, the US president grabbed the headlines with a surprise tweet inviting Kim Jong Un to meet for a handshake at the demilitarised zone between North and South Korea.

Trump has said he expects a "productive" meeting but has also warned he is prepared to slap tariffs on all Chinese imports if no deal can be struck on the sidelines of the G20.

Trump had earlier confirmed that the leaders would discuss Chinese telecoms firm Huawei, which Washington has banned over security concerns. Beijing reportedly wants the restrictions lifted as part of any trade truce.

Experts believe the most that will be agreed is a truce and a pledge to keep talking, although markets are not ruling out a complete collapse or a surprise breakthrough given the US president's mercurial nature.

The first tete-a-tete between the leaders of the world's top two economies since the last G20 in December has cast a long shadow over this year's gathering in Osaka, where differences over climate change have also been laid bare.