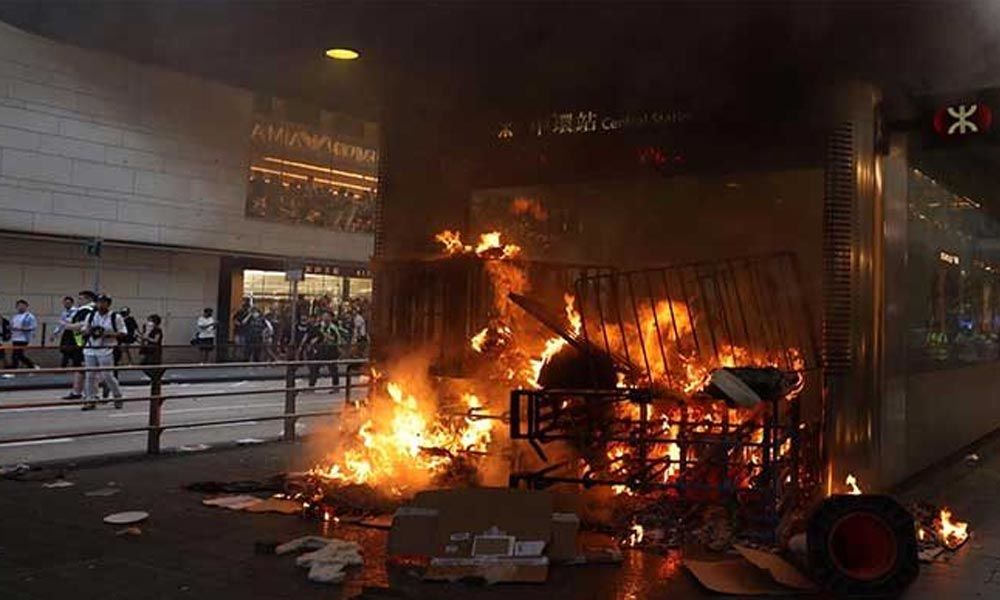 Police in Hong Kong has frozen about HK$70 million ($9 million) raised by activists to support the city's anti-government protesters and arrested four ...

Hong Kong: Police in Hong Kong has frozen about HK$70 million ($9 million) raised by activists to support the city's anti-government protesters and arrested four people for money laundering, the media reported on Friday.

The development comes after officers suspect that the funds were used for personal gain and other illegal activities, including participation rewards for young demonstrators, reports the South China Morning Post newspaper.

Spark Alliance, set up after the 2016 Mong Kok riot to help arrested or jailed activists, had crowdfunded about HK$80 million over the past six months.

But the police said that they had come across suspicious financial transactions, including large amounts spent on personal insurance products.

A police insider said that initial investigations indicated dozens of teenagers were paid thousands of dollars each through Spark Alliance to join protests, an allegation a source connected to the group strongly denied.

Acting senior superintendent Chan Wai-kei of the Narcotics Bureau's financial investigation unit said the four, aged between 17 and 50, were arrested during a raid on Thursday.

Officers seized HK$130,000 in cash and a receipt for HK$165,000 spent on supermarket coupons, two laser pointers, six arrows and a large amount of protest gear such as helmets and gas masks.

Under Hong Kong's Organised and Serious Crimes Ordinance, those convicted of money-laundering charges face a maximum penalty of 14 years behind bars and a HK$5 million fine.

"We condemn the police attempt to use false representation to smear our platform as being involved in evil purposes like money laundering," it said in a Facebook post.

Spark Alliance is the second-largest crowdfunding platform for the protests, but it has not publicly disclosed its financial statements or amount of donations received.