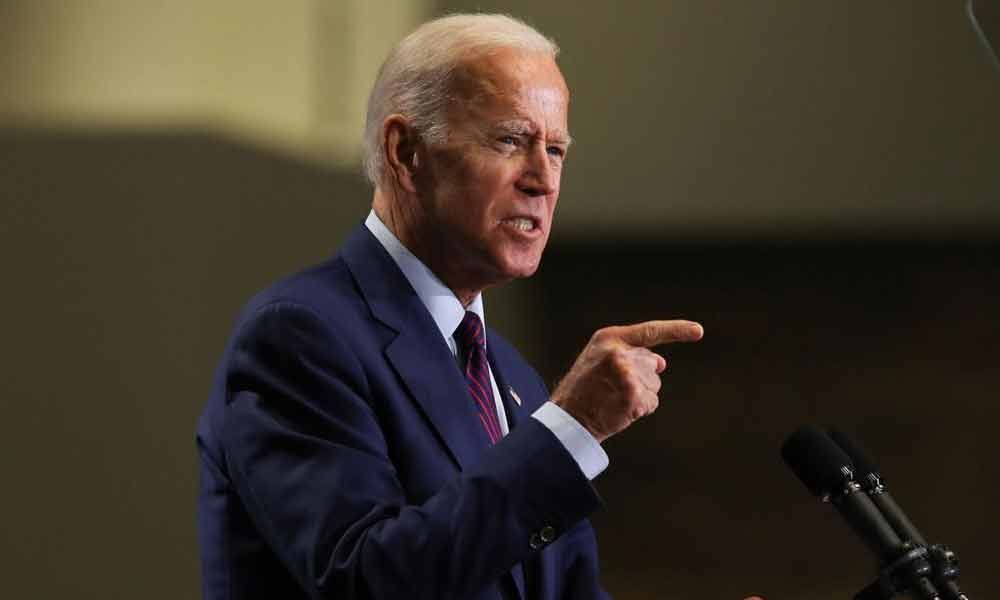 Democrat Joe Biden made more than USD 15 million in the two years since leaving the US vice presidency, according to tax returns released Tuesday, making him the wealthiest major 2020 challenger to President Donald Trump.

Washington: Democrat Joe Biden made more than USD 15 million in the two years since leaving the US vice presidency, according to tax returns released Tuesday, making him the wealthiest major 2020 challenger to President Donald Trump.

The Democratic frontrunner's income spiked to USD 11 million in 2017 from just under USD 400,000 one year earlier, when he was serving his final year as vice president. The majority of the USD 11,037,751 in 2017 income and the USD 4,580,437 in 2018 is attributable to book payments -- Biden wrote "Promise Me, Dad," and his wife Jill Biden penned "Where the Light Enters" -- and "paid speaking engagements," his campaign said in a statement releasing the tax returns. The income makes Biden the richest major candidate in the broad 2020 field to challenge Trump, who himself is a billionaire real estate mogul.

By releasing their tax returns, the Democratic candidates are contrasting themselves with Trump, who broke with tradition and refused to release his returns when he ran for president in 2016. Of the other major Democratic candidates, only Senator Kamala Harris listed more than USD 1 million in income in 2018 -- USD 1,889,156, according to her tax returns. Senator Bernie Sanders, the self-described Democratic socialist and champion of the working class who is roughly tied with Harris for second in polling, listed USD 561,293 in income for 2018.

But Sanders's failed 2016 campaign made him a millionaire, listing over USD 1.1 million in income in 2017 and USD 1 million in 2016, largely due to proceeds from his best-selling book, "Our Revolution." The wealthiest Democratic candidate, billionaire environmental activist Tom Steyer, entered the race Tuesday as a long shot to win the nomination. Steyer, a former hedge fund manager, is worth an estimated USD 1.6 billion, according to Forbes magazine.