Threat to Pakistan from India increasing due to anti-CAA protest: Imran Khan 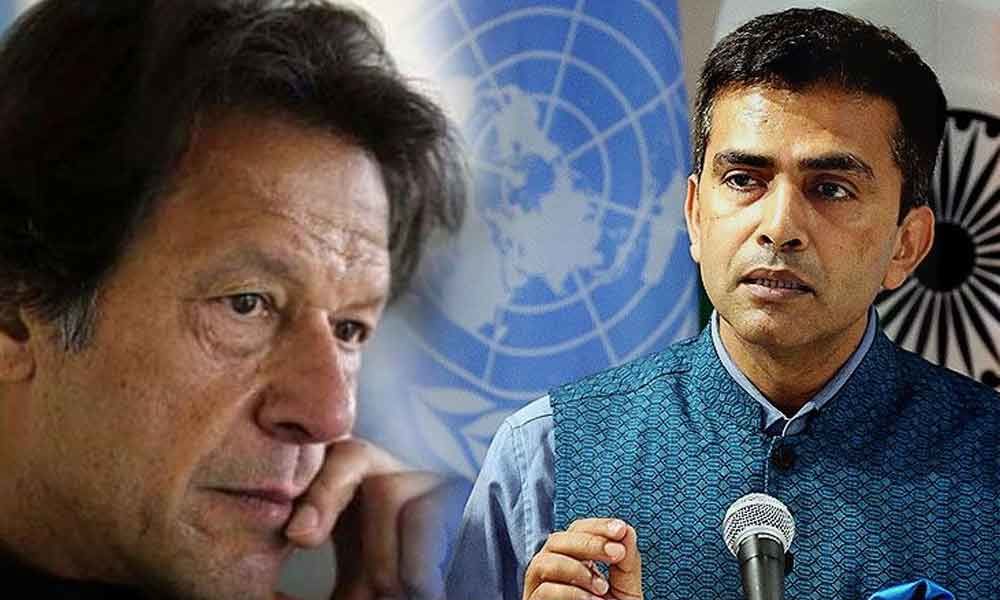 Pakistan Prime Minister Imran Khan on Saturday expressed apprehension that India could carry out a 'false flag operation' against it to divert...

Islamabad: Pakistan Prime Minister Imran Khan on Saturday expressed apprehension that India could carry out a "false flag operation" against it to divert attention from its domestic situation and warned that it will give a befitting response to any such action.

Khan in a series of tweets said that under the Modi government, India has been moving towards "Hindu Rashtra" with its "fascist ideology". "...Now with the Citizens Amendment Act, all those Indians who want a pluralist India are beginning to protest & it is becoming a mass movement," Khan said on the massive protests in India against the new citizenship law.

Khan said that as the protests in India are increasing, "threat to Pakistan from India is also increasing" and the Indian Army chief General Bipin Rawat's remarks on the situation along the Line of Control adds to Pakistan's "concerns of a false flag operation".

General Rawat on Wednesday said that the situation along the Line of Control in Jammu and Kashmir can escalate any time and the Army is ready for any "escalatory matrix".

Gen Rawat's remarks came in the backdrop of spurt in ceasefire violation by Pakistan along the LoC since the abrogation of Article 370 in August.

Khan warned the international community that "Pakistan will have no option but to give a befitting response" to India if New Delhi undertakes any operation against it.

"I have been warning the int community of this for some time & am reiterating again: if India does such an operation to divert attention from its domestic chaos plus whip up war hysteria to mobilise Hindu nationalism, Pak will have no option but to give a befitting response," he tweeted.

Tensions between India and Pakistan escalated after New Delhi revoked Jammu and Kashmir's special status by scrapping provisions of Article 370 of the Constitution.

Prime minister Khan had criticised the amended citizenship law and said it "violates all norms of international human rights law and bilateral agreements with Pakistan" and that "it is part of the RSS Hindu Rashtra design of expansionism."

External Affairs Ministry Spokesperson Raveesh Kumar had said the persecution of the religious minorities in Pakistan flows from the country's Constitution and its "draconian" blasphemy laws.