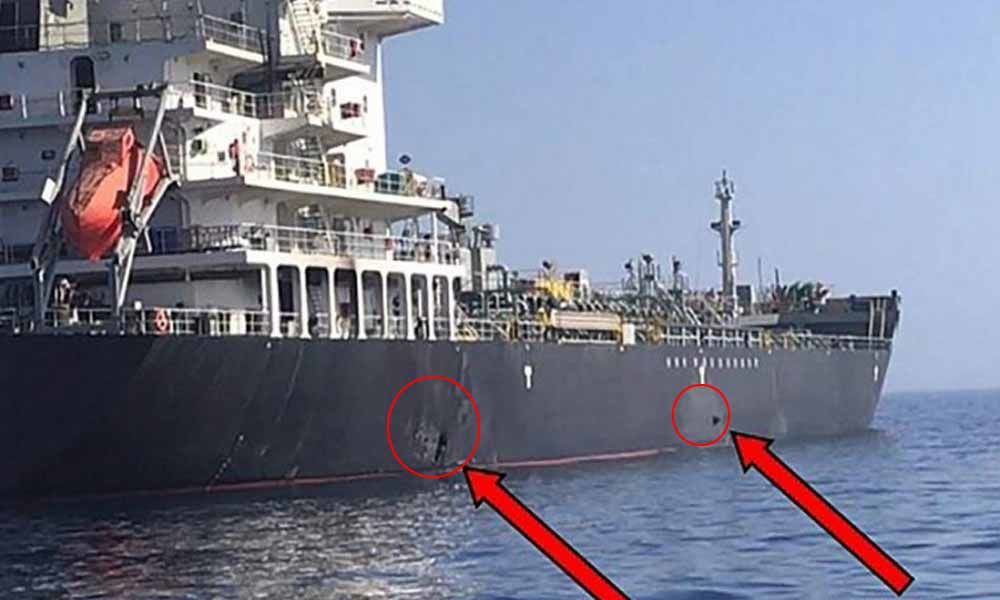 This comes a month after four tankers including two of Saudi Arabia were attacked.

TEHRAN: Two oil tankers have been attacked in the Gulf of Oman, raising tensions in the region.

This comes a month after four tankers including two of Saudi Arabia were attacked. Saudi Arabia had said that some "state actor" was involved in the attack on May 12.

The crew members of both the tankers, the Marshall Islands-flagged Front Altair and the Panama-flagged Kokuka Courageous, were evacuated on Thursday, reported Al Jazeera.

Iran said that "suspicious doesn't begin to describe" the incident in the Gulf of Oman. It also said that it has rescued 44 crew members from the two affected tankers.

The owner firm of Kokuka Courageous, Kokuka Sangyo, has said the ship was "attacked" twice with "some sort of shell."

"21 crew members of the vessel abandoned the ship after an incident on board which resulted in damage to its hull's starboard side. The vessel was about 70 nautical miles (nearly 130km) from Fujairah in the United Arab Emirate (UAE) and about 14 nautical miles (26km) from the coast of Iran," said Kokuka Courageous's management company, BSM Ship Management (Singapore) in a statement.

"The Kokuka Courageous remains in the area and is not in any danger of sinking. The cargo of methanol is intact," the statement said. One crew member was injured during the incident and was receiving medical treatment on another vessel nearby, it added.

Front Altair, meanwhile, had been chartered by Taiwan's state oil refiner CBC Corp and was carrying 75,000 tonnes of naphtha, a petrochemical feedstock, when it was "suspected of being hit by a torpedo" around noon Taiwan time

Taking the cognizance, the United Nations called an urgent private meeting and discussed the latest oil tankers attack. However, the officials refused to produce any formal reaction.

Tensions have escalated in the already simmering region. The US and Iran are at loggerhead since President Donald Trump's decision in May 2018 to withdraw from a landmark nuclear deal.

The United States has blamed Iran for the recent attack.

"The attack on two oil tankers on June 13 was one in a list of Iranian and Iranian-backed attacks over the last month. It was a clear threat to peace, security and freedom of navigation," US Secretary of State Mike Pompeo said during a media briefing.

"The US will defend its force, interests, partners and allies. We call upon all nations threatened to join us in that endeavour," he added.

Coming in Iran's support, Russia has warned against "hasty conclusions" over the tanker incident in the Gulf of Oman or blaming the suspected attacks on Iran

"I would use this opportunity to warn against hasty conclusions, from any attempts to impose responsibility on those who are seen as undesirable," Deputy Foreign Minister Sergei Ryabkov told reporters after a meeting of the State Duma's international affairs committee, RIA-Novosti reported.

Several other countries including France and the United Kingdom have condemned the attack. France termed the attack as the "disturbing incident"

"We have learned that a disturbing incident involving two tankers in the Arabian Sea has occurred today, in the broader context of rising tensions in the region, as evidenced also by the attack on the [Abha airport] in Saudi Arabia yesterday, which we firmly condemned," a Ministry of Foreign Affairs spokesperson told CNN.