US Navy sends warship close to Lakshadweep without India's consent 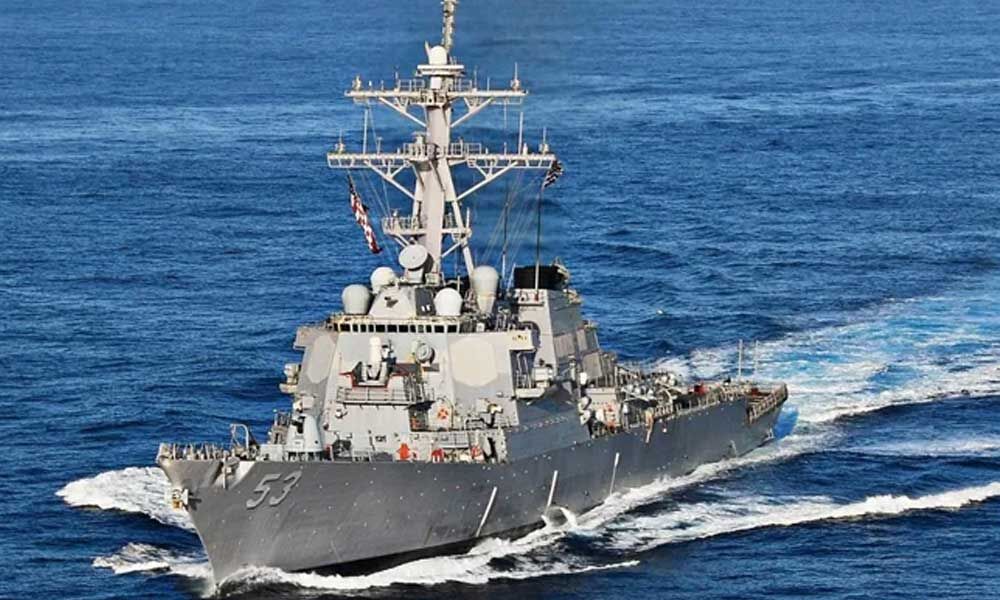 US Navy sends warship close to Lakshadweep without India’s consent

The US Navy carried out a freedom of navigation operation in the Indian waters near Lakshadweep Islands on Wednesday without New Delhi's prior consent to challenge India's "excessive" maritime claims, according to an official statement.

Washington/New Delhi: The US Navy carried out a freedom of navigation operation in the Indian waters near Lakshadweep Islands on Wednesday without New Delhi's prior consent to challenge India's "excessive" maritime claims, according to an official statement. The operation was conducted by the guided-missile destroyer USS John Paul Jones on April 7, a statement issued by the Commander of the US seventh fleet said.

India said it had conveyed its concerns to the US through diplomatic channels after the US Navy's 7th Fleet announced it conducted Freedom of Navigation Operations within India's exclusive economic zone or EEZ off the Lakshadweep Islands without India's permission. This is in dissonance with India's maritime security policy of such exercises requiring its authorisation.

India requires that other countries should take prior consent from it to conduct military exercises or manoeuvres in its exclusive economic zone or continental shelf, which the US Navy statement claimed was inconsistent with international law. "This freedom of navigation operation ("FONOP") upheld the rights, freedoms, and lawful uses of the sea recognised in international law by challenging India's excessive maritime claims," it said.

US forces operate in the Indo-Pacific region on a daily basis. All operations are designed in accordance with international law and demonstrate that the United States will fly, sail and operate wherever international law allows, the statement said. "We conduct routine and regular Freedom of Navigation Operations (FONOPs), as we have done in the past and will continue to in the future. FONOPs are not about one country, nor are they about making political statements," it added.

It is not the first time that the US Navy has conducted such an operation in India's Exclusive Economic Zone. The US Department of Defence publishes an annual Freedom of Navigation Report "identifying the excessive maritime claims that US forces operationally challenged". The last time the US Navy conducted such an operation was the fiscal year 2019, according to the Department of Defence. In an unclassified report to the US Congress in July 2020, the US Navy said it conducted an operation in the Indian Ocean region during the period of October 1, 2018, through September 30, 2019, to preserve the rights, freedoms, and uses of the sea and airspace guaranteed to all nations by international law.