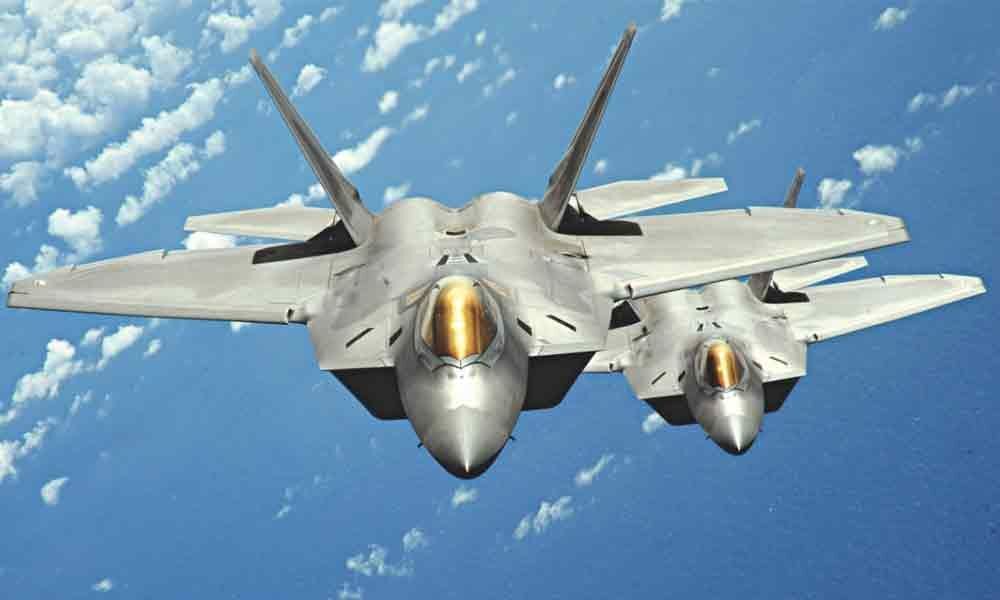 A photo handout showed five of the jets flying above the Al Udeid Air Base in Qatar.

Washington: The US has deployed F-22 stealth fighters to Qatar for the first time, its military said on Friday, adding to a buildup of US forces in the Gulf amid tensions with Iran.

The Air Force F-22 Raptor stealth fighters have been deployed "to defend American forces and interests," the US Air Forces Central Military Command said in a statement that did not specify how many of the hi-tech planes had been sent.

A photo handout showed five of the jets flying above the Al Udeid Air Base in Qatar.

Tehran and Washington have been locked in an escalating standoff since US President Donald Trump unilaterally withdrew from a multi-party 2015 nuclear deal with Iran and reimposed sanctions on the Islamic republic.

Tensions spiked last week when Iran shot down a US drone over sensitive Gulf waters following a series of tanker attacks that Washington blamed on Tehran, which has denied involvement.

Since then the arch-foes have been locked in a war of words, which escalated this week when Trump announced new sanctions against Iran's supreme leader Ayatollah Ali Khamenei.

Iran has threatened to abandon some of its commitments under the nuclear deal unless the remaining partners -- Britain, China, France, Germany and Russia -- help it circumvent US sanctions and especially sell its oil.