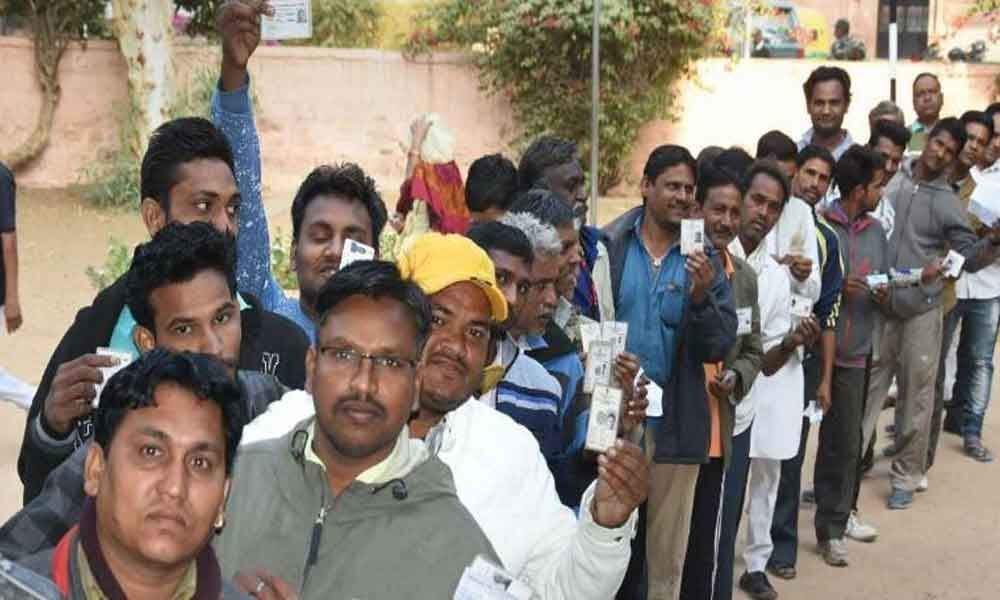 Jharkhand recorded 20.87 per cent polling till 11 a.m. on Monday for three Lok Sabha seats in the state's Maoist-affected areas, according to Election Commission (EC) data.

Ranchi:Jharkhand recorded 20.87 per cent polling till 11 a.m. on Monday for three Lok Sabha seats in the state's Maoist-affected areas, according to Election Commission (EC) data.

Polls for the 14 Lok Sabhaseats in Jharkhand are scheduled to be held in four phases, beginning with these three constituencies.

Voting, which began at 7 a.m. across 6,072 polling stations in the Lohardagga, Chatra and Palamau constituencies, will end at 4 p.m.

Polling could not start on time in at least seven polling booths due to technical snags in the electronic voting machines (EVMs).

A large voter turnout has been seen so far in the Maoist affected areas of the state. Long queues of voters formed early on Monday to join in the fourth phase of voting in the ongoing general elections.

Of the 6,072 polling booths, more than 40 per cent have been categorised as either "sensitive" or "very sensitive". Over 140 paramilitary force companies are deployed.

In the 2014 general elections, the Bharatiya Janata Party (BJP) won all the three seats.

In Lohardagga, the BJP's Sudarshan Bhagat will take on Congress' Sukhdeo Bhagat.

In Palamau, the main contest is between V.D. Ram of the BJP and the RJD's Ghuran Ram.