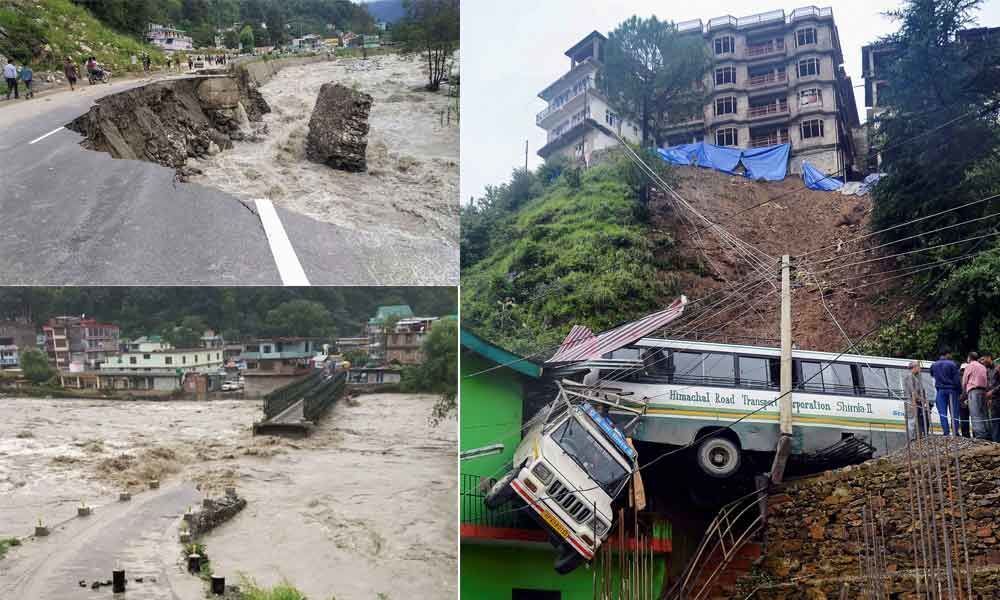 18 people missing as flood washes away 20 houses in Uttarakhand

Shimla: At least 25 people were killed and nine others injured in rain-related incidents in Himachal Pradesh on Sunday, officials said.

Eight people died in Shimla, two each in Kullu, Sirmaur, Solan and Chamba and one each in Una and Lahaul-Spiti districts, they added.

Landslides hit a spot near the RTO office here, leaving three persons dead. One person sustained injuries in the incident, police said. In Narkand area of Shimla district, two Nepalese died and three were injured after when a tree fell on their house.

In another incident, a labourer was killed and six injured as the wall of a house collapsed in the Lower Cemetery area following heavy rainfall early Sunday, police said.

In Chamba district, two persons were killed in a house collapse. The incident took place at Lona in Mehla subdivision at 3.30 am, killing a 70-year-old man and a 7-year-old child, Chamba SP Monica Bhutunguru said.

In Kullu, a man was washed away in Sujwad Nullah when locals were trying to rescue him.

All educational institutes to be closed today: Govt

As heavy rains lashed Shimla on the intervening night of August 17 and 18, the administration ordered closure of educational institutes.

In an order issued on Sunday, the administration said the schools, colleges, universities and Anganwari centres will remain shut on Monday in view of the inclement weather as several roads have been closed due to landslides.

"In view of heavy rains and blockages and damages caused to roads, it has become necessary to order closure of all educational institutes," the order signed by District Magistrate Amit Kashyap said.

Train services between Shimla and Kalka were disrupted on Sunday after multiple landslides blocked the rail route in Himachal Pradesh, a rail official said.

Landslides occurred at four-five places on the Shimla-Kalka track following heavy rains in the region, he added.

A Shimla-bound train from Kalka had started at 3 am but had to be terminated midway at Dharampur Railway Station at 5 am due to landslides, he added.

Subsequently it was decided not to run any train till the clearance of the track, he added.

Train services on the Shimla-Kalka route are likely to resume on Monday after the track is cleared.

At least 18 people were missing after a flood in the Tons River washed away around 20 houses in Uttarakhand's Uttarkashi district on Sunday. The Tons River has been flowing above the danger level in Uttarkashi following heavy rainfall in the past few days.