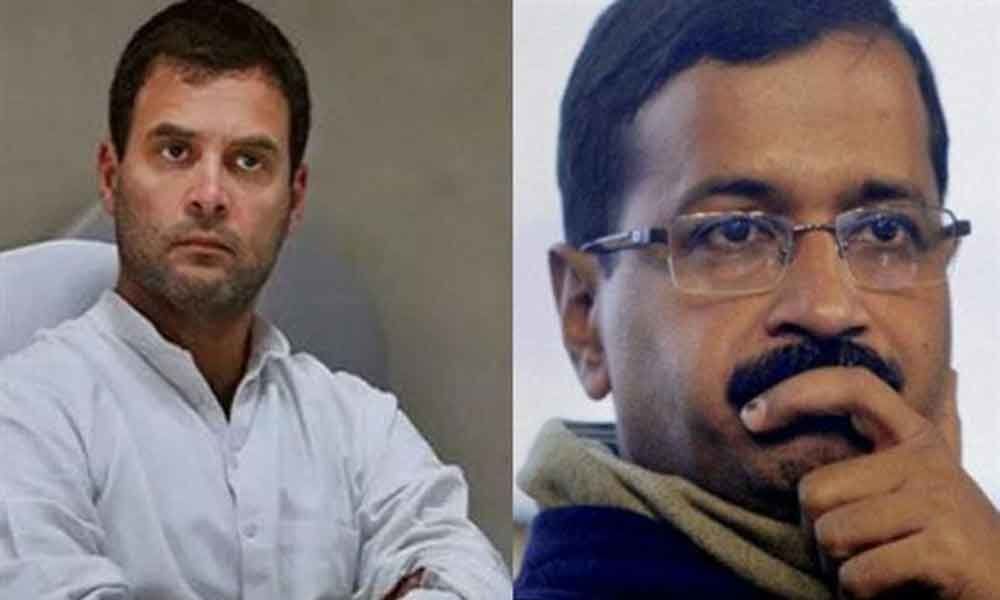 The two leaders discussed the seat sharing formula with AAP offering two seats to the Congress, said a source.

New Delhi: The Congress and the ruling Aam Aadmi Party (AAP) have resumed talks to discuss the seat sharing formula for the seven Lok Sabha seats in the national capital, sources said on Thursday.

The speculation of a tie-up between both the parties got a boost with AAP's Rajya Sabha MP Sanjay Singh meeting All India Congress Committee (AICC) incharge of Delhi PC Chacko on Wednesday evening. The ruling AAP has proposed to give two seats to Congress which has instead demanded three - New Delhi, Chandni Chowk and North East Delhi, sources in both the parties claimed. "The two leaders discussed the seat sharing formula with AAP offering two seats to the Congress," said a source.

Chacko will convey the offer from the AAP to Congress president Rahul Gandhi who will take a final call on the issue in next few days, the source said. The rationale behind an alliance between the two parties is that together they polled more votes than the BJP which swept the 2014 Lok Sabha elections winning all the seven seats in Delhi. The AAP has been batting for tie up with Congress citing the need to defeat the BJP and replace the Modi government in the national interest.

However, Delhi Congress is a divided house, with its president Sheila Dikshit and her three working presidents along with some other leaders opposing a tie-up with the ruling party. Dikshit met Gandhi over the issue twice and conveyed her message to him.

After a meeting with Gandhi last month she claimed there was "unanimity" in the party against an alliance with the AAP. Rajesh Lilothia, working president of Delhi Congress said that alliance will "ruin" the party in Delhi and this stand was clearly stated by Dikshit in her meeting with Rahul Gandhi on April 2.