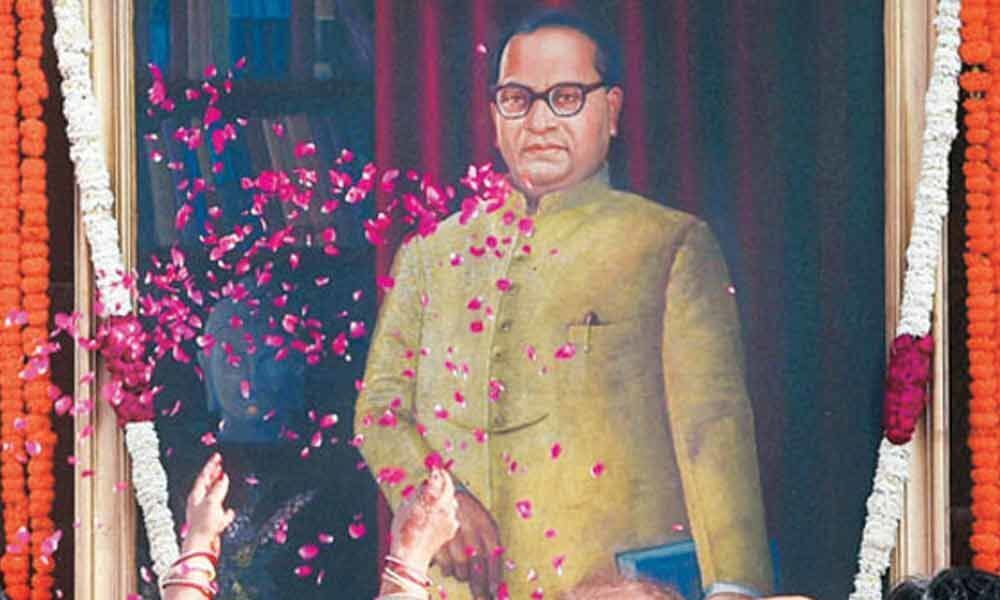 "Homage to Dr BR Ambedkar on his birth anniversary. An icon of our nation, and Chief Architect of the Constitution, Dr Ambedkar waged a life-long struggle for a modern India free of caste and other prejudices, ensuring equal rights for women and weaker sections," President Kovind tweeted.

"I pay my homage to the chief architect of Indian Constitution and a person who has worked for social justice - Dr Bhimrao Ambedkar -on his birth anniversary. Jai Hind!" the Prime Minister tweeted in Hindi.

In a video tribute on Twitter, Modi said "He (Ambedkar) is an inspiration to crores of people including me. It is not necessary for a person to born in a rich family. In India, a person born in a poor family can also dream of big things and can achieve them."

Dr Ambedkar, commonly known as Babasaheb, dedicated his life to working for the upliftment of untouchables, women, and labourers.

Born into a poor Dalit family on 14 April 1891, Ambedkar became independent India's first law minister, the principal architect of the Constitution of India and a founding father of the Republic of India.

He also campaigned against the social discrimination of Dalits and inspired the Dalit Buddhist Movement in 1956.

Ambedkar was awarded the Bharat Ratna posthumously in 1990.