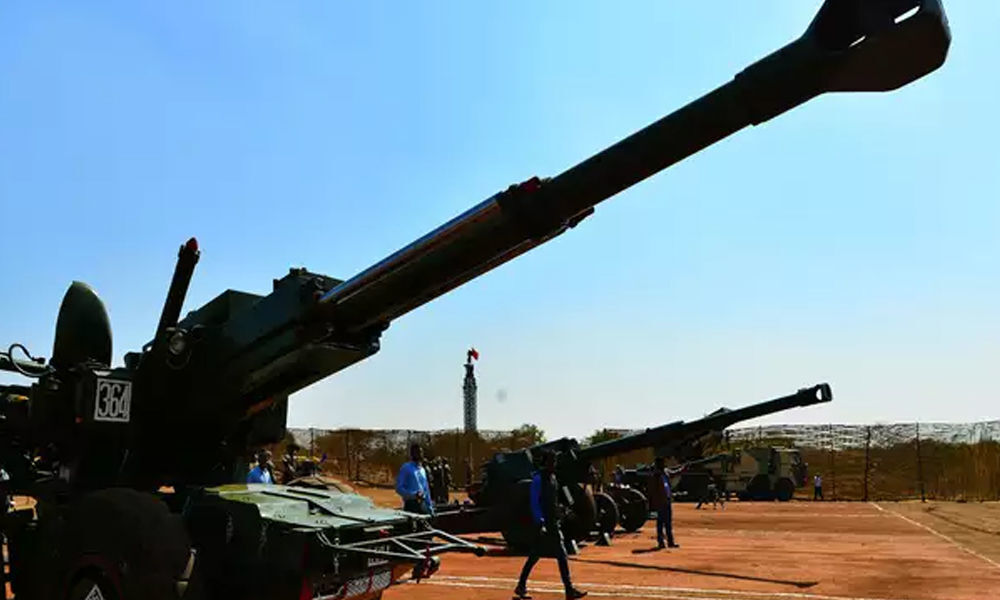 NEW DELHI: On Friday, the officials of the defence have said that, the formal induction ceremony for the first five of the 155mm/45-calibre Dhanush howitzers, will finally take place at the Gun Carriage Factory in Jabalpur on the 26th of March.

The collaboration of the Army, DRDO and Ordnance Factory Board almost 10 years ago which had given a head-start to work on the long-forgotten original designs that were obtained during the transfer of technology provisions in the infamous Rs 1,437-crore Bofors contract of 1986 which was inked by the Rajiv Gandhi government.

This led to the creation of the upgraded Dhanush howitzer, which evolved from the 39-calibre of the original Bofors gun to 45-calibre to increase its maximum strike range to 27-36 km (depending on the type of ammunition used) from the earlier 24-30 km.

"There were several problems with the Dhanush guns during the trials…but most have been resolved now. The Army had earlier placed an order for 114 of these guns for Rs 1,260 crore. The first 18 guns will be delivered by March 2020. The OFB will gradually step up its production rate. Overall, the Army requires 414 such guns," said an officer.

Last year, the Army finally got rid of the Bofors ghost by beginning to induct the M-777 ultra-light howitzers (155m/39-calibre) from the United States and the K-9 Vajra tracked self-propelled guns (155mm/52-calibre) from South Korea.

The Dhanush is the first-ever 155mm artillery gun to be developed and produced in India.

According to the officials the desi howitzer is better than the original Bofors in terms of range, accuracy, angle of fire and shoot-and-scoot capabilities.