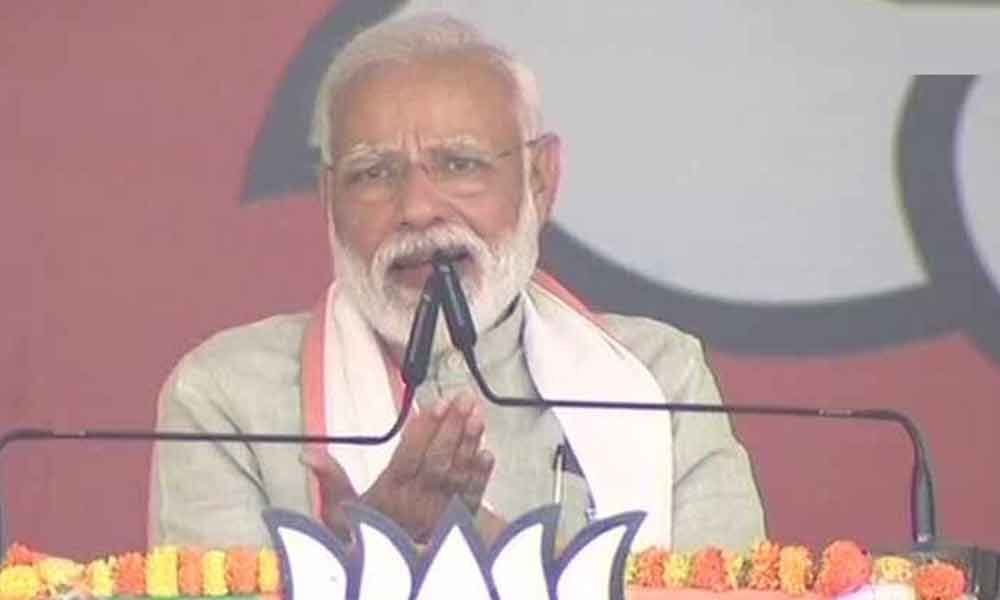 Kushinagar (UP): The Army cannot wait for the Election Commission's clearance to take action against terrorists, Prime Minister Narendra Modi said after two terrorists were killed in Jammu and Kashmir's Shopian in an encounter on Sunday morning.

The encounter had taken place during a cordon and search operation in the area located in terror-hit south Kashmir.

The election for Jammu and Kashmir's seven seats got over last week, but on Sunday, 59 constituencies are up for election in the sixth and penultimate phase.

"They (the terrorists) were standing in front (of the soldiers) with bombs and guns. Would my jawans go to the Election Commission to ask for permission to shoot? Since I came to Kashmir, every second or third day, clean-ups take place.

This is my clean-up operation," Modi said, while campaigning at Kushinagar in Uttar Pradesh.

Modi asked those gathered if they liked the fact that the Indian Army "was sneaking into the enemy's territory and attacking them".

Security forces launched a cordon and search operation in Hindsitapur area of Shopian district in south Kashmir following a tip-off about the presence of terrorists.

Weapons and other materials have been seized from the site of the encounter.

The BJP has built its campaign around the theme of nationalism and national security and while no political party has questioned the encounter carried out by soldiers, eyebrows were raised on social media over the Prime Minister's use of "my soldiers".

Complaints against both were filed with the Election Commission, which had barred the use of armed forces for campaign.

Several retired officers of the armed forces had also objected, alleging politicisation of an institution that serves the nation.