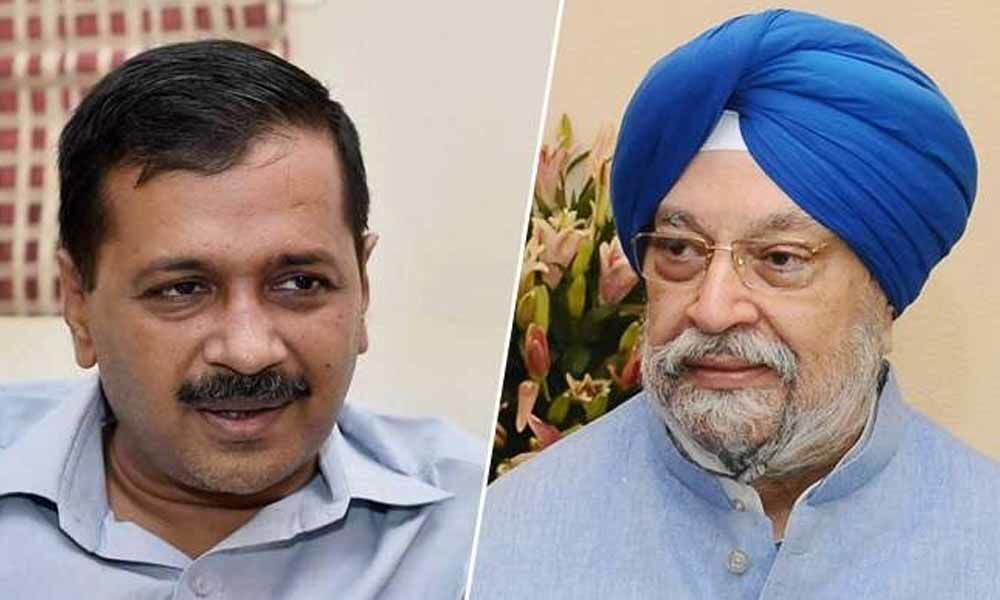 It is surprising that this party does not have either hesitation or shame in speaking plain lies to the people." Puri said.

Chief Minister Arvind Kejriwal and Union minister for housing and urban affairs Hardeep Singh Puri fought on Twitter over closing after Singh shared a pamphlet distributed by AAP in east Delhi parliamentary constituency that said "together Central government and the municipal corporations are sealing shops throughout Delhi, which destroyed several families" on Wednesday.

"In some areas, a bundle of lies disguised as a pamphlet is being distributed by AAP candidate Atishi. A party which neither has any experience of administration nor has the passion for work is using lies for power," Puri tweeted.

"Every citizen of Delhi knows that sealing was done on the directions of the Supreme Court by a special committee chaired by Bhure Lal. It did not have anything to do with the central government or the corporations. On contrary to what lies are being spread, we carried out amendments in the master plan. It is surprising that this party does not have either hesitation or shame in speaking plain lies to the people." he added.

Meanwhile Kejriwal, also hit out at Puri and tweeted, "The people of Delhi made appeals to you hundreds of times to bring an ordinance to stop sealing. Why did you not bring an ordinance? People were left jobless, shops got closed and families destroyed. Why?"