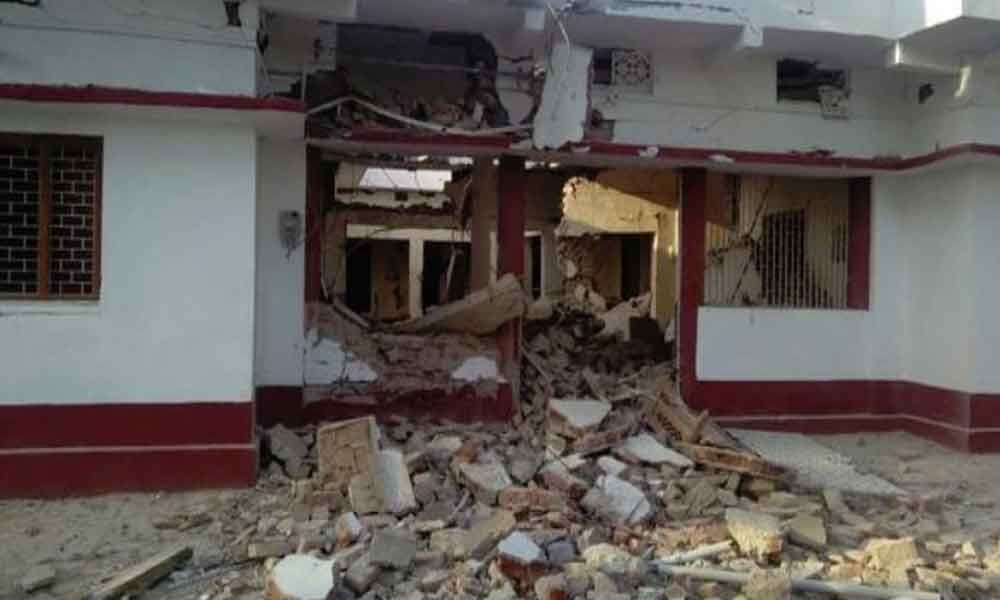 Naxals, after blowing up the residence, left a poster appealing for boycotting the upcoming polls.

Gaya: The residence of Bharatiya Janata Party (BJP) leader Anuj Kumar was blown up with dynamite by Naxals here on Wednesday, police confirmed.

No casualties have been reported in the incident.

"Around 20 - 30 Naxalites of the Communist Party of India (CPI) armed with weapons blew up the house of the BJP leader. However, there was no one inside the house and hence, no casualties have occurred," Senior Superintendent of Police (SSP) Gaya Rajeev Mishra told ANI over the phone.

Naxals, after blowing up the residence, left a poster appealing for boycotting the upcoming polls.

It is believed that Kumar, a former Member of the Legislative Council (MLC) from the Janata Dal (United), has been on the hit list of the Naxals for a while now.

Further investigation is underway in the matter.