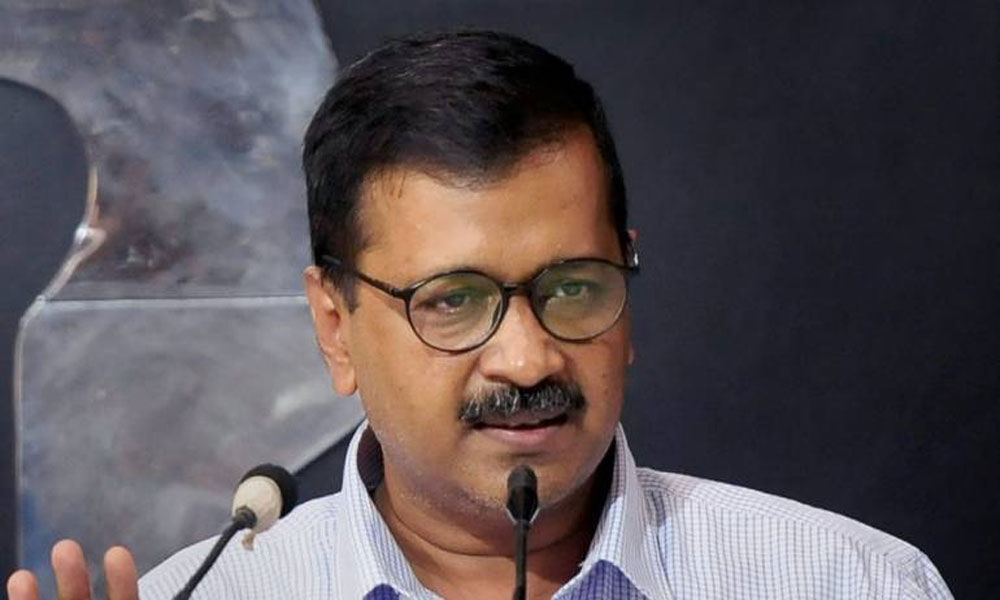 This is the second complaint filed by the BJP against the AAP this week.

A Delhi BJP delegation led by party leader Vijender Gupta on March 23 met the chief electoral officer and sought action against Chief Minister Arvind Kejriwal over his alleged "misuse of Twitter" and violation of the model code of conduct (MCC).

In its complaint to the CEO, the BJP alleged that Kejriwal, through social media platforms, was trying to incite religious frenzy and communal tensions.

The development comes a day after Gupta hit out at the chief minister for tweeting a picture that depicted a broom, the symbol of Delhi's ruling Aam Aadmi Party (AAP), chasing a "Hindu swastika".

Gupta had said the tweet was a violation of the MCC and aimed at disrupting communal harmony.

Kejriwal's tweet, posted late night on March 20, had triggered an uproar, with the Twitterati slamming the chief minister.

Following the outrage, the ruling party clarified that the picture showed the Nazi symbol and not a 'swastika'.

Referring to Kejriwal retweeting on March 23 a video of an attack on the members of a Muslim family in Gurgaon on Holi, the Delhi BJP claimed that the chief minister was trying to give a religious colour to the incident.

Gupta alleged that Kejriwal was trying to incite feelings of two communities even after the district administration of Gurgaon had taken appropriate action in the matter.

This is the second complaint filed by the BJP against the AAP this week.

Earlier on Tuesday, the BJP had lodged a complaint with the Election Commission against the AAP over the latter's alleged attempts to "create communal tension" by "politicising the cow".