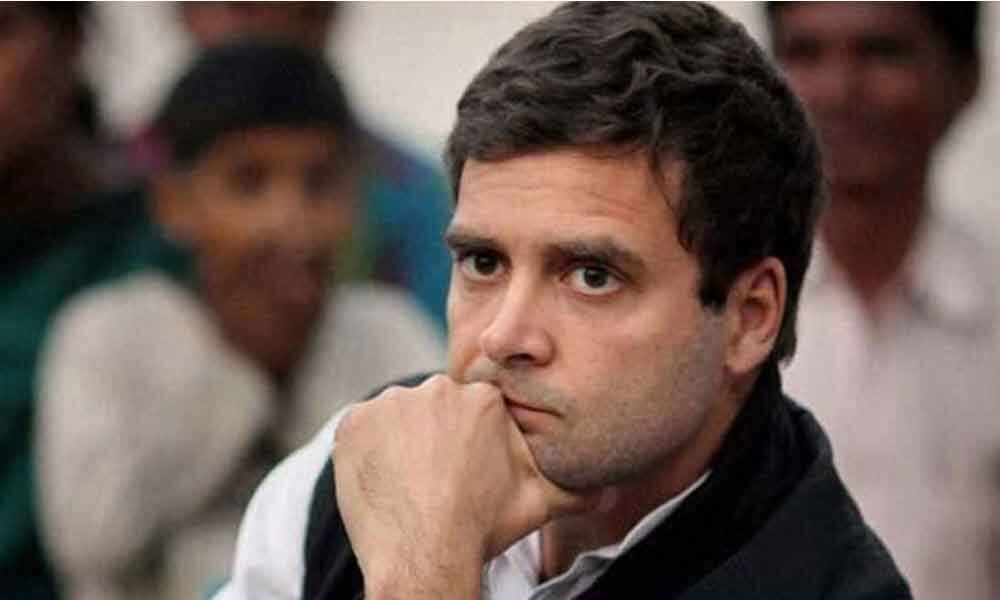 Raising objections over Rahul Gandhi's citizenship and educational qualifications, a complainant has sought rejection of the Congress president’s candidature from Amethi, an issue the BJP seized and asked him to come clean on the matter.

BJP mocks Rahul's citizenship, edu qualificationsRaising objections over Rahul Gandhi's citizenship and educational qualifications, a complainant has sought rejection of the Congress president's candidature from Amethi, an issue the BJP seized and asked him to come clean on the matter.

The Returning Officer has taken cognisance of the matter and fixed Monday as the next date of hearing on the matter, The BJP cited the content of the complaint and claimed that Gandhi's lawyer sought time till Monday to file his response instead of answering it quickly which, its spokesperson G V L Narasimha Rao said, was "stunning".

"These are serious allegations. Is Rahul Gandhi an Indian citizen or not? Did he ever become a British citizen? He should come out with the real story," Rao said.

There was no immediate reaction from the Congress. Election Commission sources said the returning officer is the final authority on such a matter, but he cannot check the veracity of whatever is written on an election affidavit.

If someone approaches an RO raising objections, he must hear the affected party. If anyone has any objection to whatever is recorded in an affidavit, the person should approach court.