Central officers to visit water-stressed pockets in the country 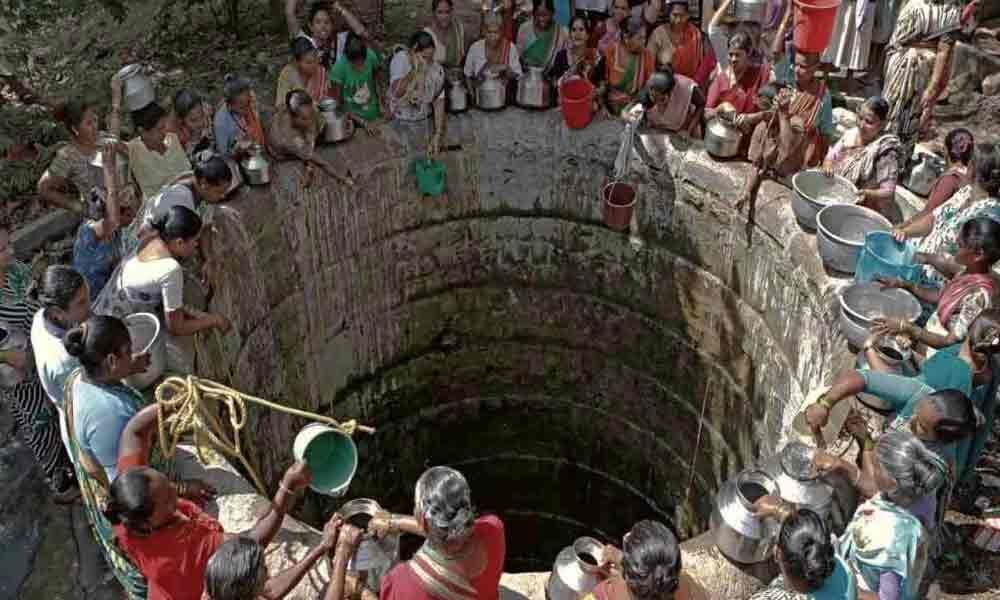 Alarmed over water crisis in various regions and pockets of the country, the Centre has started sending senior officers in batches to the districts and pockets facing sharp fall in water table.

New Delhi: Alarmed over water crisis in various regions and pockets of the country, the Centre has started sending senior officers in batches to the districts and pockets facing sharp fall in water table.

Official sources said the team would comprise joint secretaries and directors from across ministries and departments. It will also have technical personnel from Central Water Commission or other such agencies. The move is part of the Jal Shakti Abhiyan (JSA).

They are expected to suggest as to whether there is a need to dig a pond or revive old well so that water level could be raised over a period of time. The government had in 2018 dispatched Central officers to various districts in the state to assess the effectiveness of various schemes.

The action plan under Gram Swaraj Abhiyaan helped the government understand the actual impact of various flagship programmes. In the wake of the water scarcity in various parts of the country, Prime Minister Narendra Modi has initiated plans to conserve water. Last month, he wrote to all sarpanchs exhorting them to adopt measures to make water conservation a mass movement.

The government has created the new Ministry of Jal Shakti for dealing with all matters related to water in an integrated manner. A high-level committee has been set up to take forward the subject of 'Push on Water Conservation Related Activities for Optimum Utilization of Monsoon Rainfall.'

The Central Ground Water Board had earlier prepared a conceptual paper -- Master Plan for Artificial Recharge on Ground Water in India. It envisaged construction of 1.11 crore rainwater harvesting and artificial recharge structures in the country at an estimated cost of Rs 79,178 crore to harness 85 billion cubic metre (BCM) of water in an area of 9,41,541 square kilometres by harnessing surplus monsoon runoff.