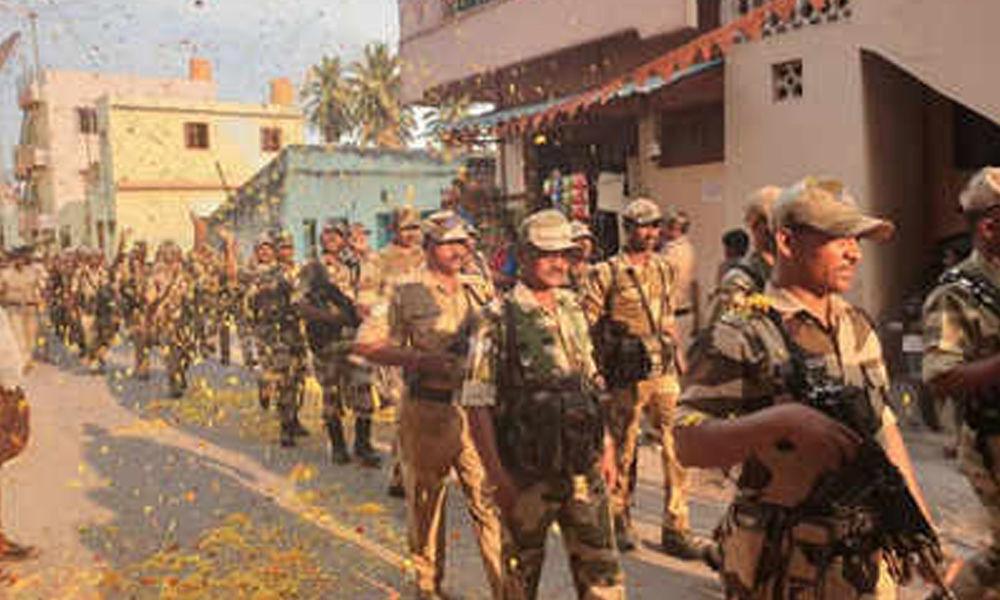 Abdul Ahad, DCP Whitefield, said that it was definitely a unique experience.

The Central Industrial Security Force (CISF) was holding flag march in the Lok Sabha constituencies to show the level of discouragement throughout the upcoming elections. Amidst this, they had an unforgettable experience in Bengaluru as they were showered with flowers by public as they marched on the streets.

More than 250 CISF soldiers were part of the march that which began from K R Puram taluk office and went through Devasandra main road, Masjid road, Ayyappanagar and Battarahalli to reach TC Palya road church.

Abdul Ahad, DCP Whitefield, said that it was definitely a unique experience.

Shanmuga, a youth in K R Puram said, "We wanted to express our love and respects to the soldiers of CISF and we chose to shower flowers on them while they marched and also sang patriotic songs."