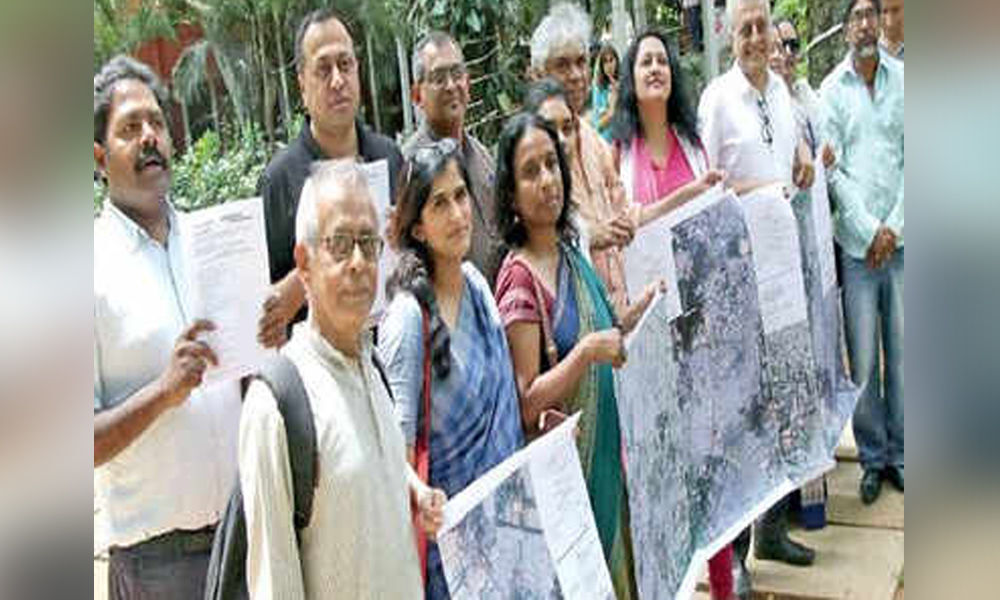 Around 50 organisations in the city have taken the decision of staging a protest at 10 AM at Gandhi Statue near Hotel Maurya on Race Course Road.

BENGALURU: On Saturday the civic activists are organising a rally in opposition to the proposed elevated flyover project. Around 50 organisations in the city have taken the decision of staging a protest at 10 AM at Gandhi Statue near Hotel Maurya on Race Course Road.

Theatre personality and journalist Prakash Belawadi said that, "From former Prime Minister HD Deve Gowda to chief minister HD Kumaraswamy and KPCC president Dinesh Gundu Rao to former chief minister Siddaramaiah, everyone has decried the project in the past. Withdraw this anti-people project."

Leo Saldanha, of the Environmental Support Group (ESG) had said that, "They are flouting all environmental rules and building this massive concrete structure for private vehicles at the cost of green spaces," he said.

"Most women workers, street vendors, garment workers and daily wagers cannot afford BMTC fares. While the government refuses a few crores to improve bus services and make them cheaper, it wants to spend Rs 30,000 crore on the elevated corridor. This is a violation of the rights of ordinary inhabitants of the city," Ramdas Rao, of Bengaluru Bus Prayaneekara Vedike (BPPV) said.

Tejaswini U of 'The Student Outpost' urged the government to disincentive use of private vehicles and exhaust alternative systems before implementing the elevated corridor project. "Students widely use public transport and need more open green spaces. We need social and ecological inclusiveness in development of urban infrastructure to preserve tree cover, strengthen public transport system and provide cycle lanes," she said.