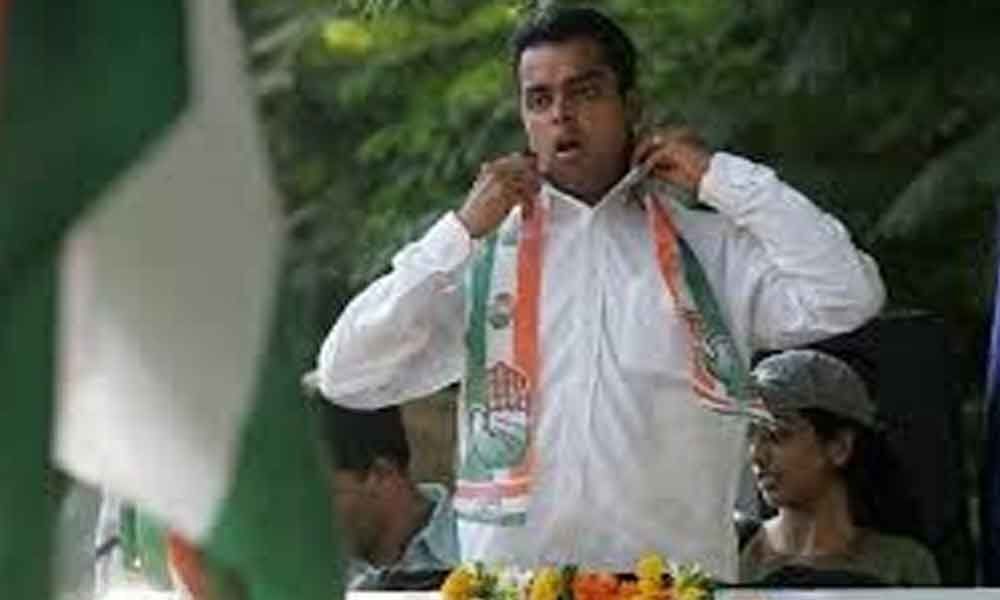 Mumbai Congress chief Milind Deora has said his party along with partner NCP will win all the six Lok Sabha seats in the metropolis as anti-incumbency was a major factor in the polls and people will not be fooled by the BJP-Shiv Sena's "opportunistic alliance".

New Delhi: Mumbai Congress chief Milind Deora has said his party along with partner NCP will win all the six Lok Sabha seats in the metropolis as anti-incumbency was a major factor in the polls and people will not be fooled by the BJP-Shiv Sena's "opportunistic alliance". Deora, who was last month appointed Mumbai Regional Congress Committee chief replacing Sanjay Nirupam, also said the Congress' Mumbai unit was "united and fighting for one cause".

In an interview to PTI, he said 2014 was an exceptional year and those political situations do not prevail any more after five years. The Congress had drawn a blank in Mumbai in the 2014 general elections after having cornered a lion's share of five seats in the 2009 elections. Three seats were won by the BJP, while three went to Sena in 2014.

Deora, who is again fighting from Mumbai South seat, said the Congress-NCP alliance has fielded best candidates amongst all parties on all six seats. The list of candidates includes those who had lost in the "Modi wave" of 2014, but their people's connect is "remarkable" and they are getting a great response, he said. "Anti-incumbency against sitting MPs and the government is a big issue here. We will win all seats in Mumbai," Deora told PTI from Mumbai.

Asked if the Sena-BJP tie-up just ahead of polls had made it tough for the Congress, the former Union minister said it will be rather tough for the combine as they have "abused" the mandate they got in 2014. "For the last five years, Sena has been abusing Modi and the BJP has been insulting Sena. On the eve of elections they have made up, but voters are not fools.

They know this is an alliance of opportunism," Deora said. Asked what was the thought process behind fielding actor Urmila Matondkar from the Mumbai North Lok Sabha constituency, Deora said: "Why belittle a citizen who seeks to bring change through politics? Urmila is an established actor, a thinking person, a socially conscious and morally upright woman." He said Matondkar's power to swing votes comes from the social and political conviction she has in her.

"She will go a long way in public life," the 42-year-old leader said. On how the Congress is planning to counter the Modi blitz, Deora said the Modi campaign effect was a bit exaggerated. "Campaigns need to resonate on ground. Blitz does not mean you are affecting or influencing voters. You can't have a campaign only by abusing your opponents and then use emotive issues to dodge real answers. "I have seen it in my campaign in 2004. Indian voters are smart they don't follow the pied piper blindly," he said.