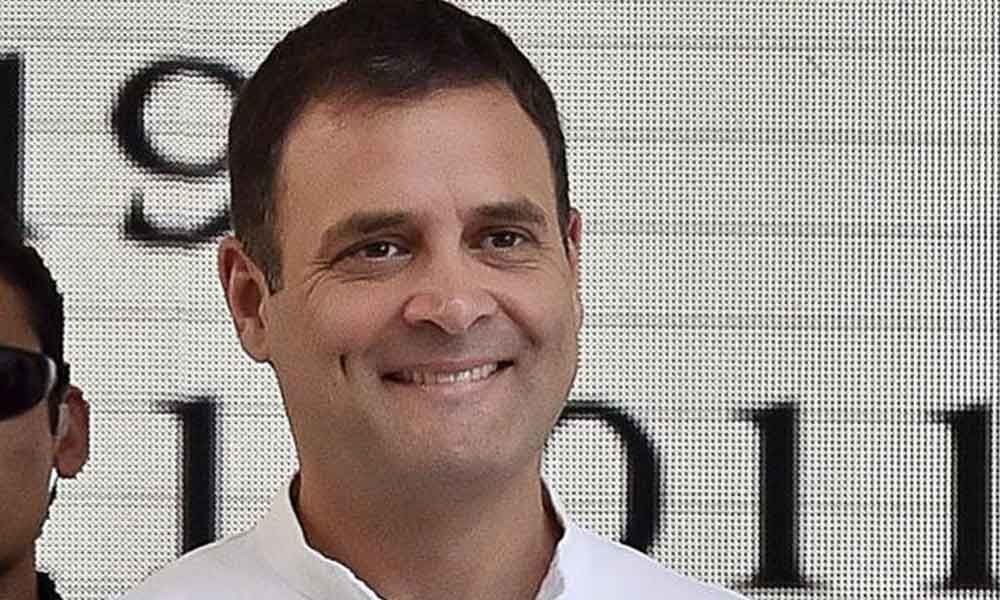 There are five primary areas of attention, which are addressing unemployment, farmer's debt, education, supporting entrepreneurs, and healthcare.

Congress president Rahul Gandhi gave out the manifesto document for the Lok Sabha elections 2019 on Tuesday and accentuated that the manifesto reflects the voice of people which will give emphasis on wealth and welfare.

"When we started this process about a year back, I spoke to Mr Chidamabaram, Mr Gowda & gave two instructions. I said this is not a manifesto to be made in closed rooms but this should reflect the wishes of the people of India," said Gandhi.

There are five primary areas of attention, which are addressing unemployment, farmer's debt, education, supporting entrepreneurs, and healthcare.

The key promises that were made are that Congress will give employment to 10 lakh youths in Gram Panchayats, with the introduction of the Nyay scheme. Congress intends to increase the guaranteed days of employment from 100 days to 150, under MNREGA. Entrepreneurs will not be required to take any authorization to start business for three years. Moreover the non-repayment of farmer's debt will not be considered as criminal offence but as a civil offence. 6% of GDP will be used to improve education and should be invested in government institutes. Under health, they propose to guarantee that services will be delivered to the poorest strata of the society.

Along with top party leaders, including former Prime Minister Manmohan Singh, the manifesto document was released by Rahul Gandhi at the party's Akbar Road headquarters in New Delhi.

The Congress had initiated a consultation process across the country and many of its top leaders had interacted with a host of people from different sections to seek their views on their aspirations from the party. Moreover, former Finance Minister P Chidambaram headed the party's manifesto committee.

"The manifesto addresses the issues of farmers, dalits, women, MSME, education, healthcare, internal security, border security in NE states and J&K, foreign affairs. The idea is to set the narration for the 2019 elections on real issues which are unemployment given that over 4 crore jobs have been lost, farmer's loan as an average Indian farmer has a debt of Rs 1,04,000 today, women security and other issues as well," said the former finance minister.

"A manifesto implemented by a Congress government, I assure you, will create wealth and guarantee welfare under the leadership of Rahul Gandhi," concluded Chidambaram.