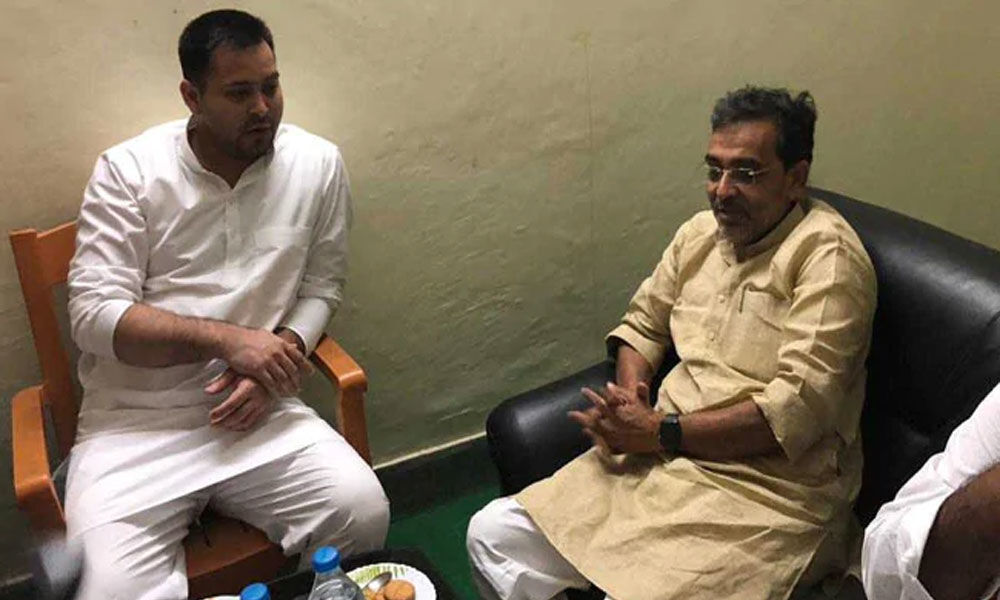 Bihar Cong campaign committee chairman did not reveal how many seats the respective constituents of the grouping are going to get.

Patna: The opposition "Mahagathbandhan" (Grand Alliance) in Bihar will announce its candidates for the 40 Lok Sabha seats in the state on Sunday, a senior Congress leader said in Patna on Thursday.

Bihar Congress campaign committee chairman Akhilesh Prasad Singh, however, did not reveal how many seats the respective constituents of the grouping are going to get.

"Our talks were held in New Delhi. Top leaders of the Congress and alliance partners were present. RLSP chief Upendra Kushwaha and HAM president Jitan Ram Manjhi were there. Things are falling in place well. We will announce our candidates on March 17," Singh told reporters.

Singh dismissed reports that the HAM chief was sore over not getting a "respectable" share of seats and that was why he returned to the city a day ahead of schedule.

The Congress leader and Jitan Ram Manjhi were in the same flight to reach Patna from Delhi.

It was speculated that Singh was rushed to Patna by the Congress high command to assuage Manjhi who has been blowing hot and cold for quite some time over the number of constituencies he wanted for his party.

"Nobody is angry. All have been taken on board and things are being settled amicably. All Grand Alliance constituents will fight as a team and we will win all the 40 seats in the state," Singh asserted.

He also dismissed reports that former Bollywood set designer Mukesh Sahni, whose Vikassheel Insaan Party is the latest entrant into the "Mahagathbandhan", was unhappy at being reportedly sidelined in the seat-sharing arrangements.

"When the seats are announced, you will see for yourself that nobody has been left behind," Singh said.

Meanwhile, when reporters approached Manjhi with queries, he said with a smile: "There is no anger or dissatisfaction. We will work together to ensure the defeat of the BJP-led NDA."

The former Bihar chief minister has convened a meeting of the parliamentary board of his party, which was founded in 2015 after he quit the JD(U) after being forced to step down and pave way for the return of Nitish Kumar.

Manjhi's son Santosh, also the HAM's national general secretary, issued a statement attacking JD(U) leader RCP Singh for his statement that there was "no entry" in the NDA for the former Bihar chief minister who had quit the BJP-led coalition a year ago.

"(RCP) Singh is talking rubbish. Nobody is interested in returning to the NDA. The JD(U) leader was once considered the number two in the party. Now he should worry about the diminution of his own stature following the entry of Prashant Kishor," Santosh said.