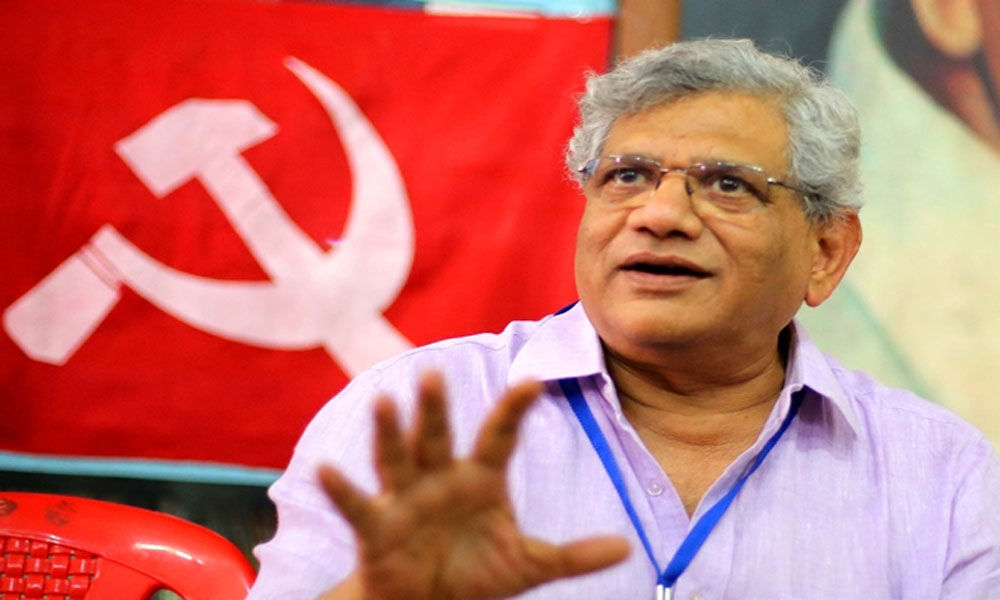 'Claims like 'cashless' economy also have turned out to be false and misleading Jumlas', Yechury tweeted.

New Delhi: C PI(M) general secretary Sitaram Yechury Friday said demonetisation was to "whitewash" black money, amidst reports that the current cash in circulation has jumped by more than 19 per cent from the pre-note ban days.

Media reports have indicated that the cash in circulation has jumped by 19.14 per cent to Rs 21.41 lakh crore as on March 15 this year from the pre-demonetisation level of Rs 17.97 lakh crore on November 4, 2016.

"Demonetisation by Modi on a whim, against all advice from RBI, was a way to whitewash black money. We know how jobs and lives were destroyed by notebandi. Now claims like 'cashless' economy also have turned out to be false and misleading Jumlas. #DemonetisationDisaster," Yechury tweeted.