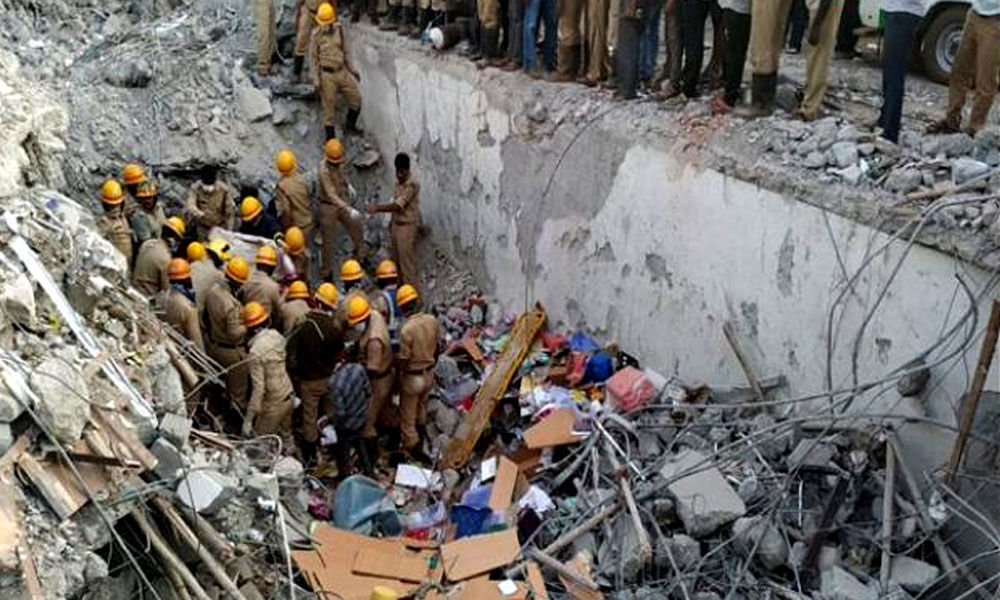 Dharwad: The Karnataka government on Saturday suspended seven corporation officials for negligence in connection with the under-construction building which collapsed here on Tuesday and claimed 15 lives.

Santosh Anishetter had lodged a complaint against owners of Dharwad building.

An FIR was registered on Friday against five people, including owners of the four-storeyed building situated in Kumareshwar Nagar, namely Basavraj Nigadi, Ravi Sabrad, Mahabaleshwar Puradgudi and Gangappa Shintre, and an engineer Vivek Pawar.

While the four partners of Renuka Construction surrendered before the police, Vivek Pawar was taken into custody from Maharashtra's Kolhapur.

Karnataka Chief Minister HD Kumaraswamy had visited the site on Thursday and told the media here that several people were suspected to be trapped under the rubble. He had also said the district administration has already announced a magisterial inquiry and the government is ready to appoint a retired High Court judge if required.

On Wednesday, the Indian Air Force airlifted two teams of the National Disaster Response Force (NDRF) to Karnataka's Hubli from Hindon in Uttar Pradesh to join the rescue and search operation.

The rescue operation is being conducted jointly by the NDRF and the State Disaster Response Force.