Differences surface among Cong leaders on tie-up with AAP 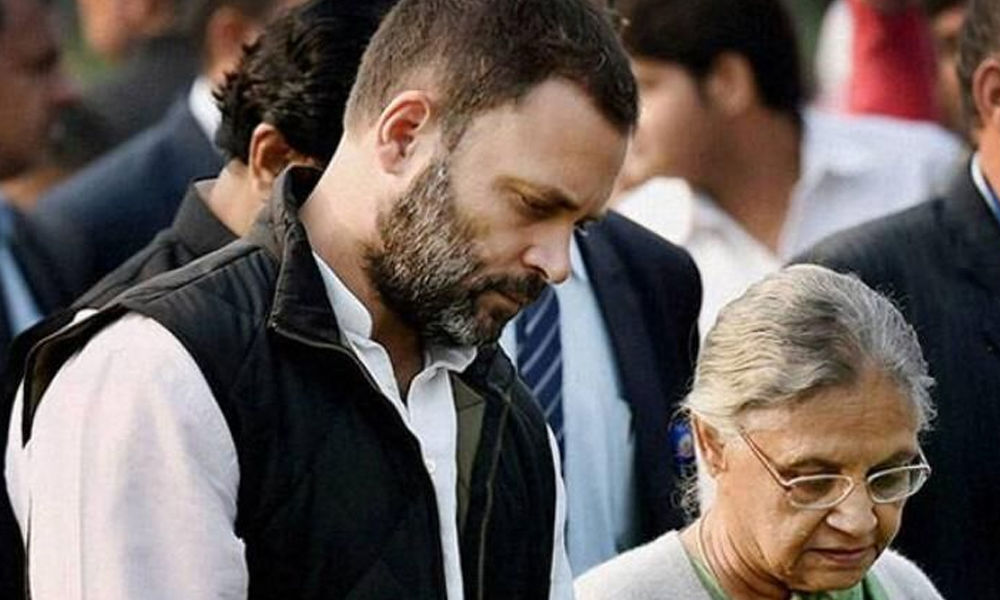 New Delhi: Differences among senior Delhi Congress leaders over the issue of a possible tie-up with AAP in Delhi in the Lok Sabha elections surfaced on Thursday with the party's Delhi unit chief Sheila Dikshit questioning the move to seek opinion of party workers through a mobile app.

In the survey, through the recorded voice of AICC incharge of Delhi unit PC Chacko, opinion of 52,000 Delhi Congress workers, registered on party's Shakti app, were sought. They were asked if they favoured an alliance with AAP in Delhi.

Dikshit questioned the move by Chacko and former Delhi Congress president Ajay Maken, saying it was "overriding" the decision taken against the alliance by Rahul gandhi. "There should be no confusion.

Our stand remains what it was," she said referring to her meeting with Rahul Gandhi earlier this month after which she had said there was unanimity in the party against alliance with the AAP in Delhi.

The survey concluded on Thursday with Maken saying it was backed by Congress president Rahul Gandhi. "This is Rahul Gandhi's decision. It is under the direction of Rahul ji that this referendum, in a way, is being done.

So, if anyone is questioning in the Congress, the decision of Rahul ji, I think it's wrong," Maken told reporters. He said the Shakti app is used by Rahul Gandhi and PC Chacko does not have the phone numbers of 52,000 workers.

"It is on the directions of Gandhi only that Shakti app is being utilised. The app is controlled by data department which comes directly under Rajul Gandhi," he said.

The former Delhi Congress chief also expressed surprise on opposition to the survey.

The Delhi Congress leaders however sought to downplay the matter saying "difference of opinion" was a sign of healthy democratic system in the party". "It is only logical that people have different opinion on some issue.

It is a sign of healthy democratic system in the party," said Delhi Congress working president Rajesh Lilothia.

With the announcement of date of Lok sabha polls in Delhi, the issue of alliance between the two parties has taken centre stage, although both sides have yet to reach to any conclusion on the issue. Delhi will go for polls on the seven Lok Sabha seats on May 12.

In a convention of Delhi's booth level workers, Gandhi had said that it was up to them that the party would win all the seven Lok Sabha seats in the national capital.

The AAP has already set its agenda of fighting the upcoming elections on the issue of full statehood and it might be late now for talks on an alliance in Delhi, a senior party leader on Thursday said a day after Congress sought views from its workers on a possible tie-up with the ruling party.