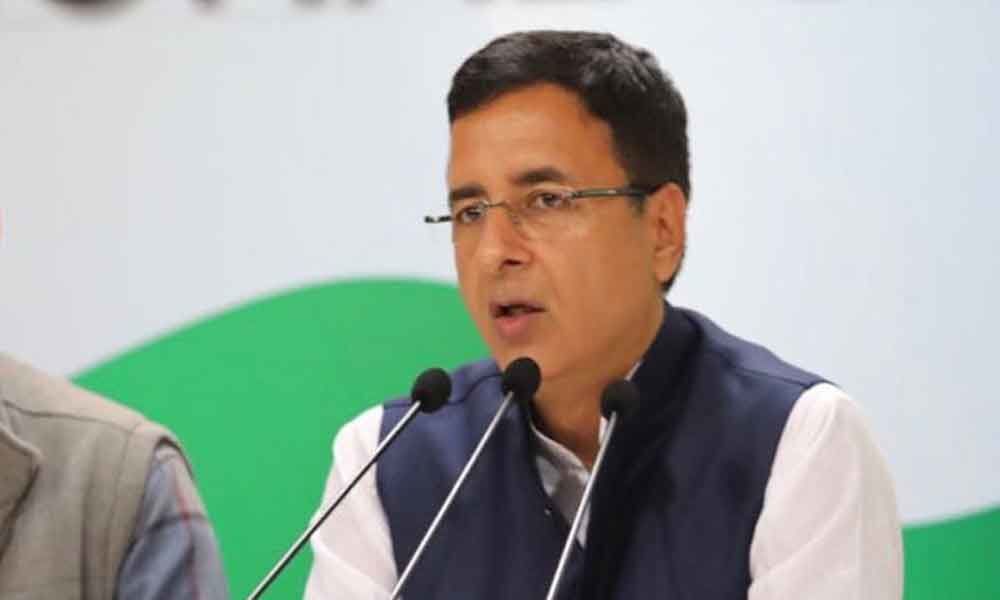 "He is playing cheap politics by sowing seeds of hatred. Do people of different religions not live in southern India?"

Surjewala made the comments after Prime Minister Modi said that the Congress labelled "peace-loving" Hindu community as "terrorists."

Prime Minister Modi had said the party has been forced to run away from a majority seat to a minority constituency, in a veiled reference to Congress president Rahul Gandhi contesting from Kerala's Wayanad constituency in addition to Uttar Pradesh's Amethi seat.

"When Sushil Kumar Shinde was a minister, he had spoken about Hindu terrorism from this land of Maharashtra. However, a few days ago the court's decision came which exposed the Congress conspiracy in front of the country. Congress has insulted Hindus," said Modi at an election rally in Maharashtra's Wardha on Monday.

Referring to Rahul's decision to contest Lok Sabha poll from Wayanad as well, Surjewala said that Rahul wanted to unite the country, but the Prime Minister wanted to divide the nation based on religion, culture, and languages.

"In Wardha, Prime Minister Modi reacted to Rahul Gandhi contesting in Wayanad by insulting the legacy of the people of the place who fought bravely against the British. This is condemnable."

"Wayanad is the 'Karmabhoomi' of freedom fighter Pazhassi Raja of Kottayam kingdom, who led a guerilla war against the British and sacrificed his life. Is Narendra Modi aware of that," he asked.

The Congress spokesperson claimed that Prime Minister Modi had "no sense" of history and geography and did not understand the composite culture of India.

Asserting that the comments made amounted to a "corrupt practice," Surjewala said: "By dividing people along religious lines, Narendra Modi violated Section 123 of Representation of People's Act that defines corrupt practices. The Election Commission should take the cognizance and take action against Modi."