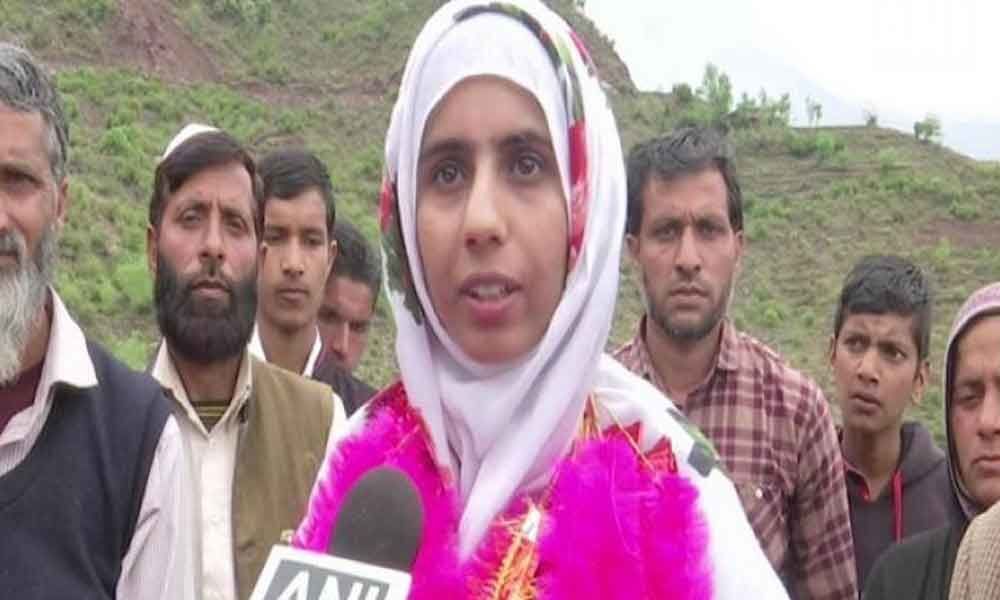 If posted here, will definitely think about improving schools' infrastructure. Happy that my dream will finally come true,' said Bashir

Poonch: Rehana Bashir the first woman from Jammu and Kashmir's Salwah village in Poonch district, who has cracked the coveted civil service exams, says schools in her area need better infrastructure and if she is posted there she will work to improve facilities.

"Schools here need better infrastructure. If I get a posting here, I will definitely think about it. I am happy that my dream to serve people will now finally come true. I am glad that so many girls from this region have now started preparing for civil services examination," said Bashir while talking to ANI on Tuesday.

She visited the Government boys' middle school at Hubbi where she interacted with the school children and inspired them for achieving their dreams braving all odds.

"We have less facilities but we are not less in any way. I would like to tell children to not let this become an obstacle on their way," said Bashir. "They all have potential," she added.

Sharia Busra a student said that her coming to the school situated in the remote corner is a source of inspiration for the students. "She has encouraged students to do something so that in future their name is also glorified. She has come for spending some time with the poor children and teaching them good virtues," said Sharia Busra.

"The children are simply overwhelmed by her visit. She has qualified IAS which makes us proud," said Haji Sakhi Mohd, zonal Education officer.

The final ranks were announced based on the results of the written part of the exam held in September-October, 2018 and the interviews for Personality Test held in February-March, 2019.