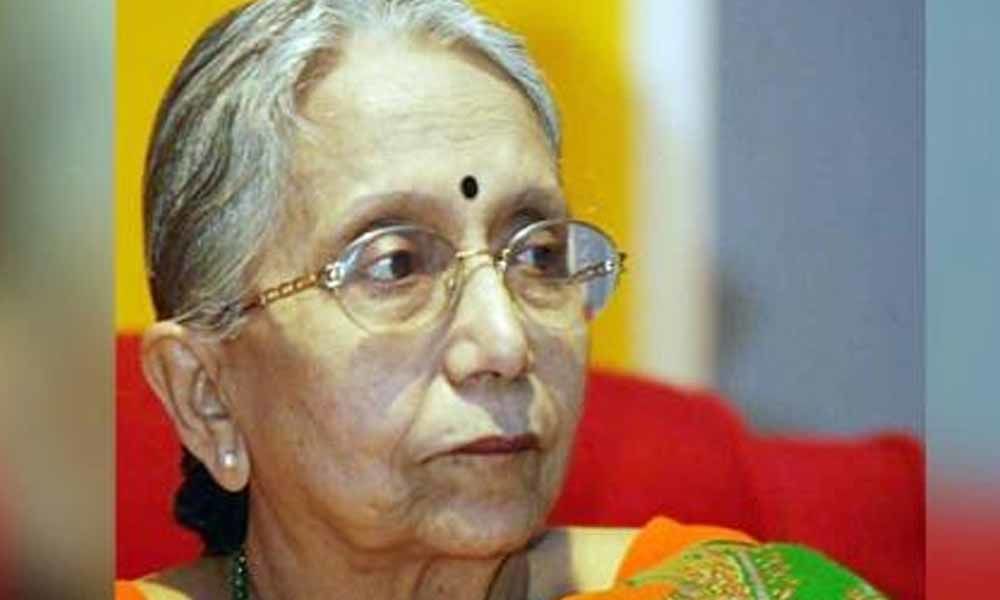 Prominent academician and former TMC MP Krishna Bose has passed away at the age of 89 while undergoing treatment at a private hospital on Saturday.

Kolkata: Prominent academician and former TMC MP Krishna Bose has passed away at the age of 89 while undergoing treatment at a private hospital on Saturday.

She was suffering from age-related ailments and was unwell for some time. She died at a hospital off EM Bypass at 10.20 am. Her son Sumantra Bose said that she suffered her second heart stroke a few days back and was admitted to the ICU.

Bose was born in 1930 and was married to Sisir Kumar Bose, nephew of Subhas Chandra Bose. She served as the faculty at the City College in Kolkata for around 40 years.

She was elected to the Lok Sabha for the first time in 1996, then again in 1998 and also in 1999. Bose is survived by sons Sugata and Sumantra, and daughter Sharmila. West Bengal Chief Minister Mamata Banerjee paid tribute to Bose at Netaji Bhavan. The final rites will be held in the evening.