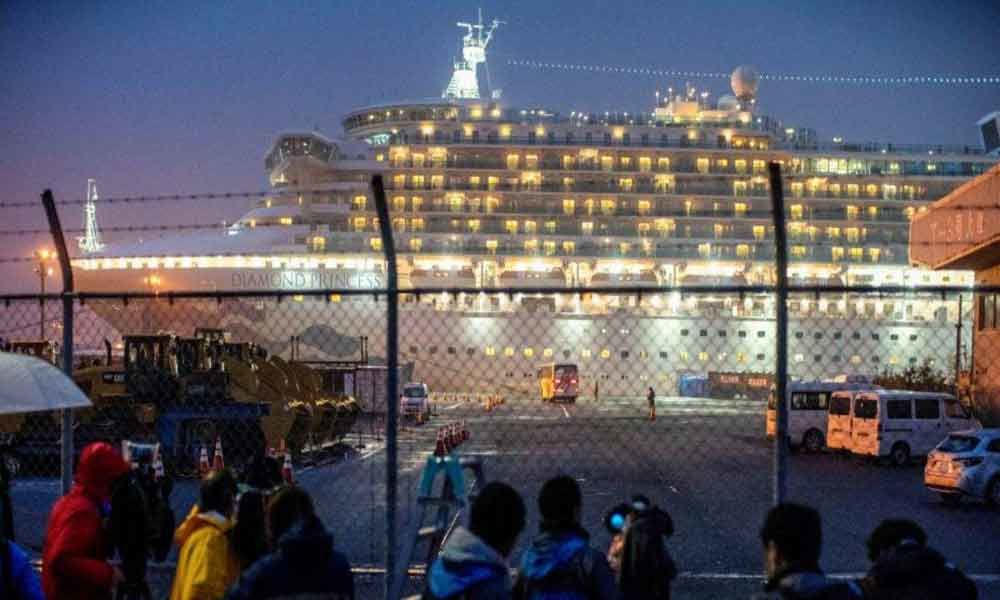 Four Indian crew members, who underwent tests for the coronavirus along with others still on board the cruise ship moored off the Japan coast, have...

TOKYO: Four Indian crew members, who underwent tests for the coronavirus along with others still on board the cruise ship moored off the Japan coast, have tested positive for COVID-19, taking the total number of Indians infected with the virus on the vessel to 12, the Indian embassy said on Sunday.

Japan's chief cabinet secretary Yoshihide Suga said that over 1,000 passengers and crew will remain on board the ship after the disembarkations.

On Saturday, around 100 more passengers, who were in close contact with the infected people on board, were allowed to deboard the ship.

Earlier, eight Indians were tested positive for the COVID-19.

@IndianEmbTokyo hoped that no additional Indian nationals onboard #DiamondPrincess would test positive for #COVID19. Unfortunately, results received as of 1200 JST include 4 Indian crew members having tested positive. All 12 Indians are responding well to treatment. @MEAIndia

"All 12 Indians are responding well to treatment," the mission said.

The embassy had on Saturday said that Indians, who are still on board the ship, will be tested for the virus infection along with others after all the healthy passengers have disembarked.

"All Indian nationals, amongst others, on board Diamond Princess will be tested for COVID-19 by Japanese authorities, after all passengers disembarked yesterday (Friday)," it said.

A total of 138 Indians, including 132 crew and 6 passengers, were among the 3,711 people, on board the ship when it docked at the Yokohama port, near Tokyo, on February 3.

It was quarantined after a passenger who disembarked last month in Hong Kong was found to be the carrier of the disease.

The ship has the largest cluster of COVID-19 cases outside China. Two former passengers of the ship have also died.

According to an AP report on Saturday, with the latest disembarkation, a 14-day quarantine is expected to start for those still on board as many of them did not undergo isolation because they were needed to keep the ship running.

Ninety-seven more people died in China due to coronavirus, taking the death toll to 2,442, while the confirmed cases rose to 76,936, officials said on Sunday.

A team of WHO experts also visited the worst-affected Wuhan city in Hubei province to conduct a detailed probe about the virus which reportedly originated from a seafood market in the city in December last year.