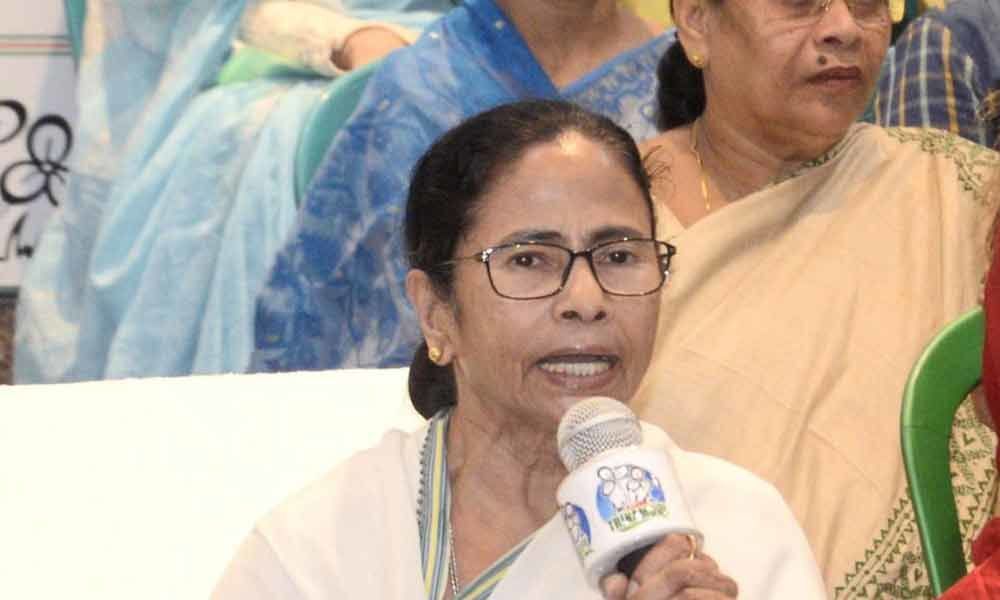 The Election Commission has rejected allegations of West Bengal Chief Minister Mamata Banerjee that it ordered transfer of four police officers at the behest of the ruling BJP at the centre, saying the decision was based on "cumulative feedback" from one of its top officials and the special police observer.

New Delhi: The Election Commission has rejected allegations of West Bengal Chief Minister Mamata Banerjee that it ordered transfer of four police officers at the behest of the ruling BJP at the centre, saying the decision was based on "cumulative feedback" from one of its top officials and the special police observer.

The commission also told Banerjee that as per election law, it is "fully within its rights" to transfer and appoint officers during model code.

Banerjee had on Saturday written to the Election Commission alleging that the poll panel was working at the behest of the BJP.

Responding to Banerjee's letter, the poll panel said Saturday that "It is the ECI and the governments of states/UTs who are jointly responsible to electors of the largest democracy and are bound to act strictly in the letter and spirit of the respective roles set forth by the founding fathers of the Constitution."

The letter, written by one of the deputy election commissioners, and addressed to Banerjee, referred to Section 28A of the Representation of the People Act to drive home the point that Election Commission can transfer and post them during the poll code period.

It said the Kerala High court has also approved of the provision in one of its judgements.

"It is unfortunate that an exercise carried out by ECI only for the duration of the Model Code of Conduct is being labelled as arbitrary, motivated at the behest of ruling party at the Centre. It would not be correct and dignified to respond to such averments to prove/burnish its credentials," the letter read.

The Commission pointed out that the transfer of four police officials was "based on the cumulative feedback from the DEC (deputy election commissioner) who oversees electoral process in West Bengal and Special Police Observer".

It said even the officers who have been posted in their place are of similar seniority and being from West Bengal cadre are expected to know about field situation in the state.

It said, after several rounds of review, including the one in mid-March, EC appointed a Special Police Observer for West Bengal. Similarly, such observers were appointed for Jharkhand, Mizoram, Tripura, Arunachal Pradesh and Telangana.

"Thus, it is not as if any particular state was being singled out. Special Expenditure Observers have also been appointed for Arunachal Pradesh, Nagaland, Andhra Pradesh and Telangana, Tamil Nadu and Karnataka, Gujarat and Maharashtra," it said.