Indian Army finds the abominable snowman in the Himalayas? 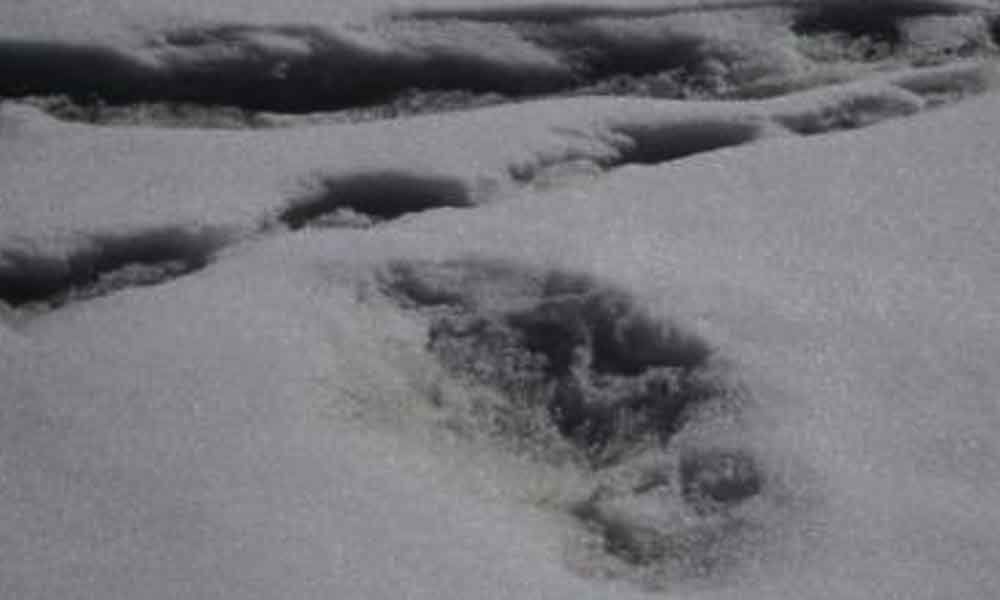 New Delhi: The Indian Army has claimed to have stumbled upon footprints of 'Yeti' in the Himalayas.

Taking to Twitter, the Army said its mountaineering expedition team spotted the "mysterious" footprints on April 09 close to Makalu Base Camp.

This elusive snowman has only been sighted at Makalu-Barun National Park in the past, the Army claimed. The images, however, show the imprint of only one foot.

For the first time, an #IndianArmy Moutaineering Expedition Team has sited Mysterious Footprints of mythical beast 'Yeti' measuring 32x15 inches close to Makalu Base Camp on 09 April 2019. This elusive snowman has only been sighted at Makalu-Barun National Park in the past. pic.twitter.com/AMD4MYIgV7

The Army's revelation has, however, left Twitterverse in splits, as the 'findings' of the mountaineering team has sparked off a range of memes among netizens.

While a number of Twitter users are puzzled if this is a prank, some have quipped that the Twitter handle of the Army may have been hacked. Some have even mentioned that the influence of a cartoon may be too strong.

Often referred to as the ' abominable snowman', a Yeti is said to be an ape-like creature taller than an average human and forms a part of the pre-Buddhist beliefs of several Himalayan people.

Trekkers and inhabitants of the Himalayan region have often cited the presence of a large furry creature in the vicinity. Many have also documented footprints of what they claim was a Yeti. However, there has been no scientific backing of the presence of these creatures.