Kaziranga reopens for tourists after monsoon 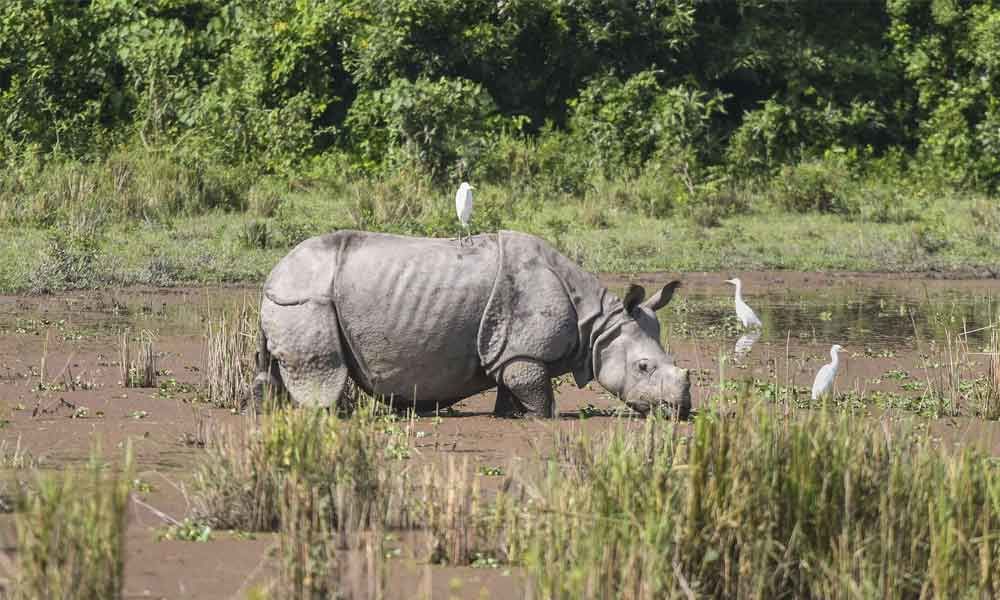 The UNESCO World Heritage site is home to the greater one-horn rhinoceros. The chief minister opened Bagori and Kohora Ranges of the park during functions held at Bagori and Mihimukh here.

Speaking at the function at Bagori Range, Sonowal said that the state government has taken multifarious steps for beautification, conservation and development of the park.

Referring to Prime Minister Narendra Modi's initiative of making India one of the most sought-after tourist destinations of the world, Sonowal said, "It is a matter of great pride and prestige that KNP has earned its name in the 17 most iconic centres of the country".

Emphasising on cleanliness of KNP, Sonowal said all households, restaurants, hotels and resorts must keep their peripheral areas clean to make Kaziranga more beautiful and serene.

Sonowal also said that for protecting and preserving the rich biodiversity of Kaziranga, a 32-kilometer long flyover will be constructed over the national highway adjacent to KNP.

He said the state government has undertaken several measures for protection of biodiversity and other natural resources of Kaziranga, Manas, Orang, Pabitara and Dibru- Saikhowa wildlife sanctuaries.

He also said that a total of l.80 lakh visitors visited to Kaziranga National Park last year. The Assam chief minister also called for a concerted effort for raising the turnout to at least one core in the next 10 years.

He also urged upon all people concerned to attract attention of tourists to the beauty and uniqueness of the park.