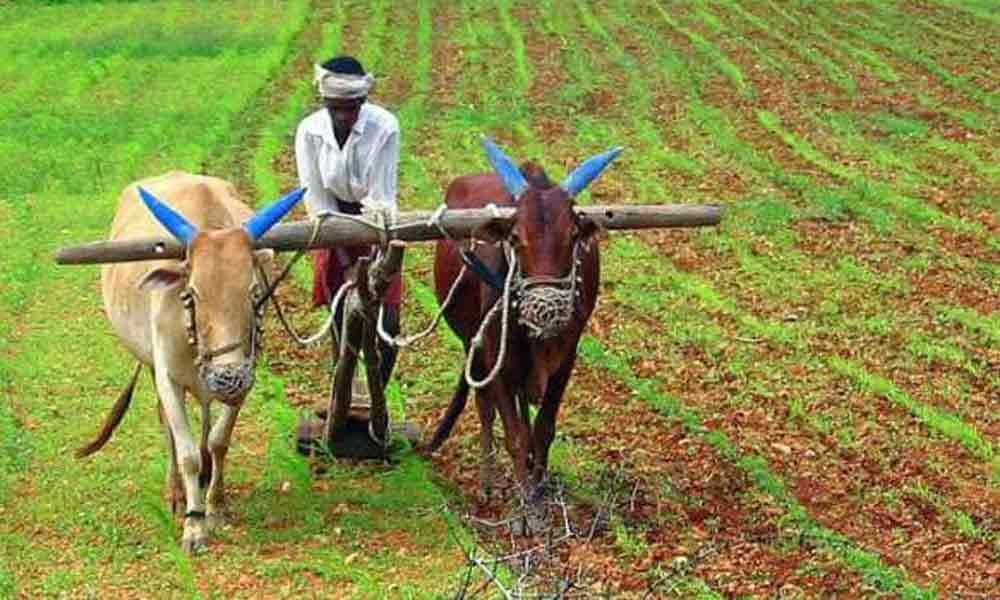 New Delhi: Loan schemes don't reach almost 60 per cent people in rural India, says a new survey which also finds climate change to be the biggest challenge for one in five farmers.

The survey, conducted by a rural media platform Gaon Connection, noted that the next generation in 48 per cent farming families does not want to pursue agriculture.

At least 43.6 per cent farmers said they did not get the correct price for their produce, said the survey conducted among 18,000 rural respondents across 19 states, including Uttar Pradesh, Bihar, Madhya Pradesh, Maharashtra, Punjab, West Bengal and Telangana.

The survey -- released ahead of the Union Budget next week and exploring issues such as water scarcity and law and order -- found that a massive 59 per cent of farmers were unable to avail of any kind of loan, often because of lack of proper information.

Only 25 per cent and 15 per cent of the respondents said they took loans amounting up to Rs 50,000 and Rs 5 lakh, respectively.

As many as 62 per cent farmers said they wanted to decide the selling price of their produce instead of letting the government do the job, while 30 per cent were found to be satisfied with the status quo as far as pricing was concerned.

"There are no credible means and platforms for the central and state governments to know what's on the mind of the rural citizen.

Our surveys want to constantly find out, what does rural India want and what are its real priorities," said Neelesh Misra, founder, Gaon Connection.

At least 19 per cent of the respondents surveyed recognised that climate change is happening and said sudden and unexpected weather changes are now the biggest challenge to their crops.

Millions of farmers across the country have to deal with sudden hailstorms, unseasonal rains, excessive heat and cold that affects agriculture and livelihoods, the survey said.

Every third woman living in Indian villages has to walk, on an average, half a kilometer to fetch water, it found. Only eight per cent of villagers said they get piped water at home.