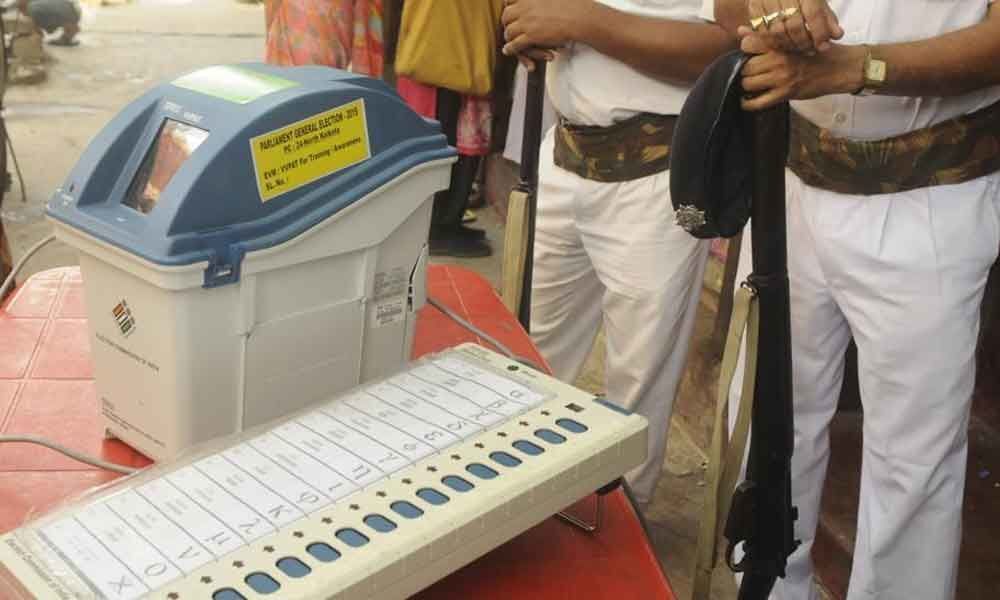 The people of West Bengal have lost faith in the state police and therefore their demand for deployment of central forces at all polling booths has increased, Nayak, who is the former Bihar chief electoral officer, said.

The Election Commission special observer, Ajay V Nayak Saturday said the situation in West Bengal is similar to what it was in Bihar around 10 to 15 years ago and had lead to the voters' demand for deployment of central forces in the ongoing Lok Sabha elections.

The ruling Trinamool Congress demanded his immediate removal, claiming that Nayak has allegiance to the RSS and the BJP and is acting as per their orders.

The people of West Bengal have lost faith in the state police and therefore their demand for deployment of central forces at all polling booths has increased, Nayak, who is the former Bihar chief electoral officer, said.

The situation in Bihar has improved and less number of central forces are required there now, he told newsmen at the office of the West Bengal chief electoral officer here.

Nayak, a 1984-batch IAS officer, was recently given the responsibility to oversee the last five phases of polls in West Bengal.

"I cannot understand that if people in Bihar were able to bring in a change in the atmosphere and situation there, then why this is not happening in West Bengal," Nayak said in the presence of state Chief Electoral Officer Ariz Aftab.

He said that in the third phase of polling on April 23, 324 companies of central forces would be deployed to cover more than 92 per cent of the polling booths in five Lok Sabha constituencies.

Nayak, however, sounded hopeful that the state may require less central force by next Parliamentary elections.

"In terms of election management, things are improving in West Bengal. So I am sure by the time of next Parliamentary elections it will not require this kind of central force deployment. I am sure about that," Nayak said.

In the first phase there were reports of booth capturing, smashing of EVMs and intimidation. Similar incidents were reported in the second phase from Chopra in Darjeeling constituency and also from Islampur in Raiganj constituency. There were also reports of damage to the vehicle of sitting CPI-M MP Mohammed Salim at Raiganj.

Nayak said no negligence was found after scrutiny of the pollings in the first phase and there will be no repoll in the constituencies where voting was held on the day.

The special observer, however, did not dismiss chances of repolling in some booths where polling was held in the second phase.

"The Election Commission after two phases of polling had said, barring a few incidents the polling was peaceful.

Nayak's comments are highly misplaced. He is acting in a partisan manner with pre-conceived notions to destabilise elections in the state and create a fear psychosis among voters," Bakshi said in the letter.

Nayak has political and organisational allegiance to the RSS and is connected to BJP leaders. His statements clearly indicate that he has acted as per instructions of his political bosses, he said.

"It is therefore requested to immediately recall him or cancel his appointment as special observer in the state of West Bengal to ensure free and fair elections," Bakshi said.

The EC has appointed Vivek Dubey as the special police observer for the Lok Sabha elections in West Bengal.

Meanwhile, the EC has transfered Malda district Superintendent of Police Arnab Ghosh and has brought in commanding officer of the second battalion of state armed police Ajoy Prasad in his place.

Sources said Ghosh, who was reportedly close to the Trinamool Congress administration, was under the EC scanner.

The state BJP had urged the EC to remove Ghosh a few days ago.