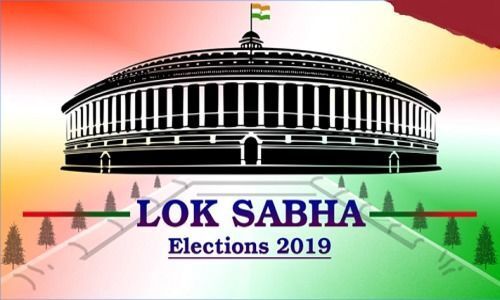 The Hans India has come up with a range of options to ensure that you don't miss out the pulse of Lok Sabha Elections live.

The Lok Sabha elections were held in seven phases. It started on April 11 and ended on May 19. For 542 seats over 2,000 parties and 8,000 candidates contested. This was the 17th Lok Sabha Election. The majority party members will decide the Prime Minister of our country.

Tomorrow the results for these states will also be declared. The counting will begin on at 8 am.

On the other hand, Jammu and Kashmir observed a huge dip in terms of turnout with only 29.39 per cent voting. That is 20.33 per cent lesser than 49.72 per cent voting during the Lok Sabha elections of 2014.

Every channel on the TV will be telecasting the live election results, but for everyone, it won't be possible to be glued to the TV. For people on the go, The Hans India has come up with a range of options to ensure that you don't miss the pulse of Lok Sabha Elections live. Now our readers can track in real-time Exit Polls 2019, Live Updates of Lok Sabha Results, AP Assembly, AP and TS Lok Sabha.

Please check out The Hans India website https://www.thehansindia.com/elections2019 to keep a track of the results as they turn out.