Mamata insulting Constitution by not accepting me as PM: Modi 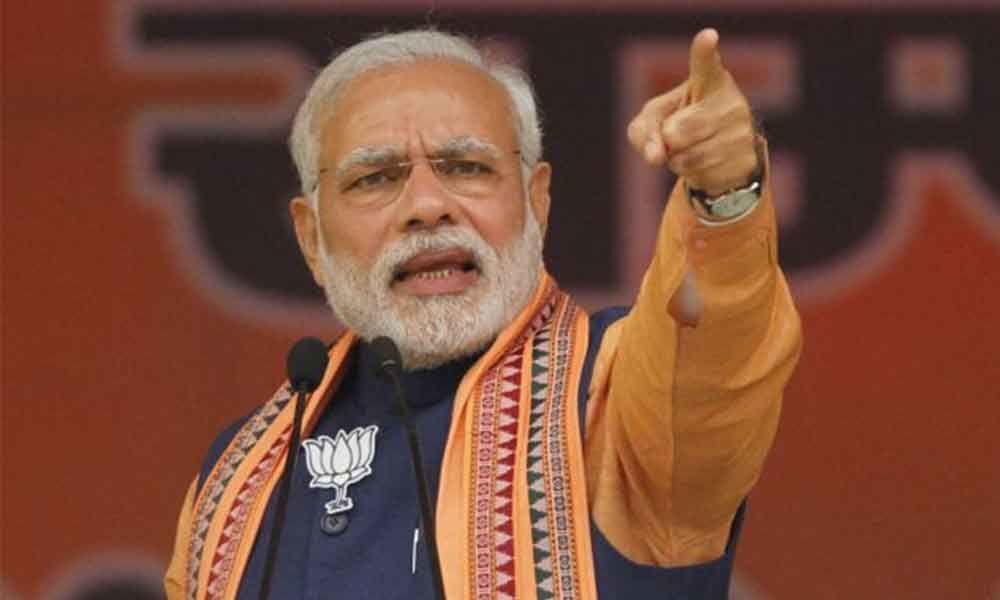 Bankura: Prime Minister Narendra Modi on Thursday said that West Bengal Chief Minister Mamata Banerjee is insulting the Constitution by saying that she is not ready to accept him as the prime minister

Addressing a rally here, Modi said "Didi (Banerjee) is publicly saying that she is not ready to accept the country's PM as the head of the nation, but she feels proud in acknowleding Pakistan PM as that country's prime minister."

He said Banerjee was insulting the Constitution out of anxiety of losing the general elections.

The prime minister had tried to contact the chief minister to discuss cyclone Fani but could not do so as his calls were not returned.