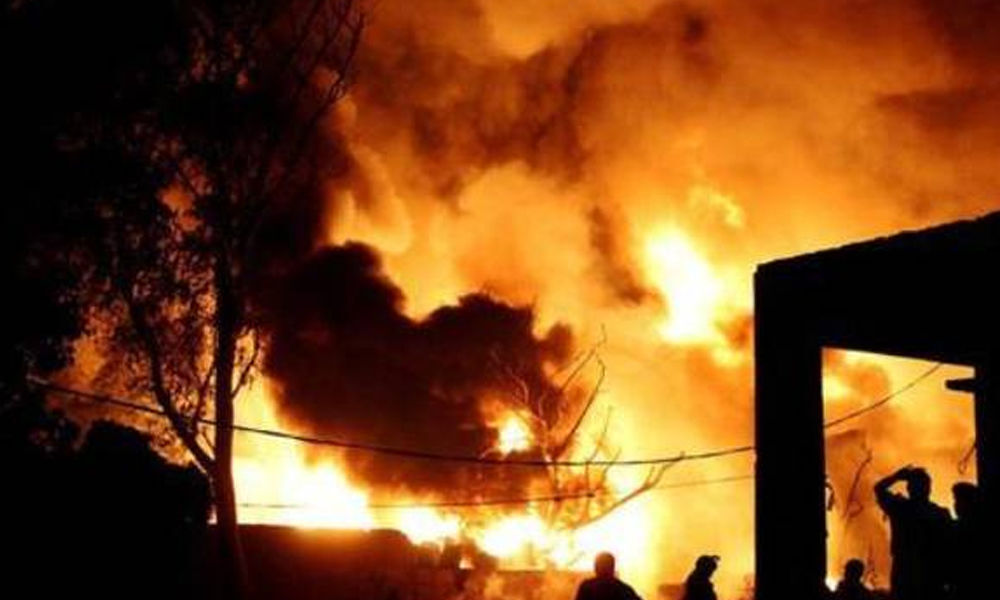 A massive fire broke out at a chemical paint factory situated at Swaran Park in West Delhi's Mundka, fire officials said on Monday

The Fire Department received a call at around 11.35 pm and dispatched 18 fire-tenders to the spot. The fire was doused at around 3.05 pm officials said.

Officials said no casualties were reported. According to Atul Garg, Chief Fire Officer, "The factory did not have a no objection certificate (NOC) from the department."

The investigation has been initiated and the exact cause of fire will be ascertained after that, a senior fire official said.

A senior police officer said once the Fire Department will be done with their investigation then police will take appropriate action.