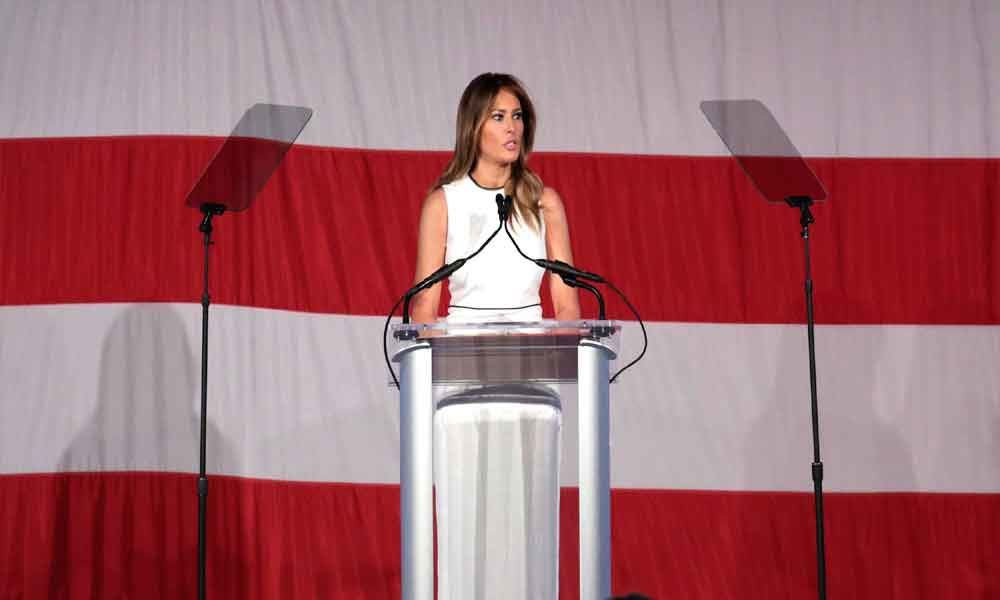 US First Lady Melania Trump on Tuesday, will see activities conducted under the 'happiness curriculum'.

New Delhi: US First Lady Melania Trump on Tuesday, will see activities conducted under the 'happiness curriculum'. The US First Lady will also interact with students at a Delhi government school.

Melania Trump will reach the school in south Delhi around noon and is scheduled to spend over an hour before joining President Trump for the lunch hosted by PM Modi.

The Aam Aadmi Party (AAP) government in Delhi introduced the 'happiness curriculum' in July 2018. Under this component of the syllabus, students studying in classes I-VIII in Delhi government schools attend a 45-minute 'happiness class' every day, participating in activities like storytelling, meditation and question and answer sessions.

Nursery and kindergarten students, have these classes twice a week.

First Lady Melania will start her schedule with a ceremonial welcome accorded to her and President Trump at the Rashtrapati Bhavan in the morning.

They will then, proceed to Mahatma Gandhi's memorial, Rajghat to pay homage to the 'Father of the Nation.' While President Trump will go to the Hyderabad House for trade talks with PM Modi, the US First Lady will visit the Delhi government school in South Delhi.

In the evening, the US President and Melania Trump will attend a banquet hosted by President Ram Nath Kovind at the Rashtrapati Bhavan.

President Trump is scheduled to leave later on Tuesday evening.